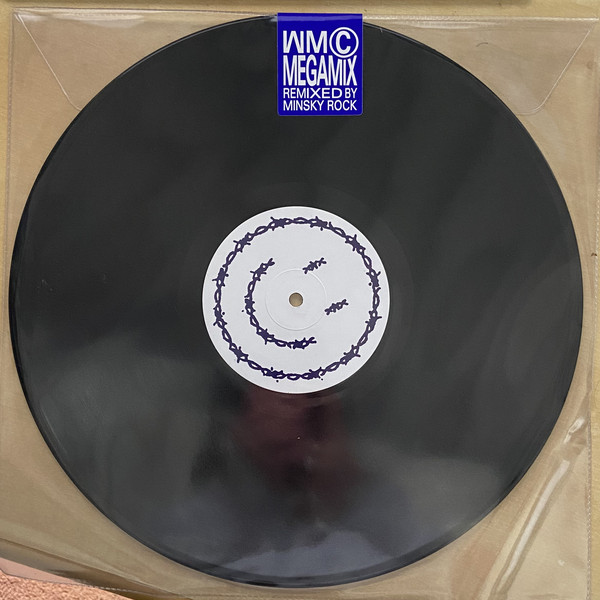 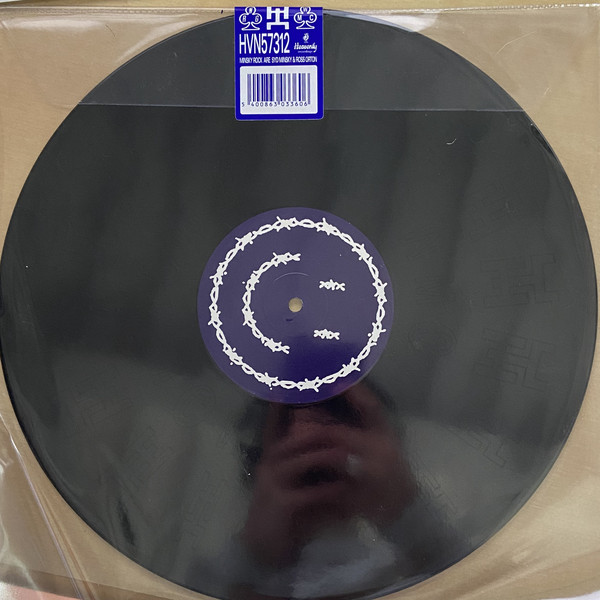 - NEW RELEASE
Sorry, this item is currently unavailable.
ARTIST:
Working Men's Club
TITLE:
Megamix
LABEL:
Heavenly Recordings
CATNO:
HVN57312
STYLE:
Indie Dance / Punk / Synth /
FORMAT:
Vinyl record
DESCRIPTION:
Released for RSD 2020 - Megamix of 2 Singles - Working Menís Club hotly anticipated, self-titled debut album was due to drop this June, now, for reasons obvious to most of us, it is due October. Looking at the blank space left by the postponement, 18 year old wonderkid frontman Syd Minsky-Sargeant decided to utilise his free time, in lockdown, and capitalise on the creative momentum the band has garnered. The result is a 21-minute continuous ëMEGAMIXí that simultaneously acts as a taster and a condensed electronic reworking of parts of the album. ìOur album would have been released today but we had to push the release back due to Covid. It doesnít feel like a particularly apt time to be self promoting anything at all however we wanted to give something to the people who pre-ordered the album on what would of the original release date,î says Minsky-Sargeant. ìInitially it seemed a bit of a crazy idea to go and remix an album we've just made that isn't even out yet. But once we got into it we were like, ëlet's fucking go for ití. One could of course argue that crazy ideas are whatís needed in such crazy times but, in reality, what has been produced is less of a chaotic and scatterbrain idea and more a coherent artistic statement in line with the bandís perpetual forward momentum. Minsky-Sargeant teamed up with the bandís producer Ross Orton - under the moniker ëMinsky Rockí, a recently started project under which they recently completed a Jarvis Cocker remix - and the pair worked remotely to create the unique reimagining. ìRoss has a studio in Sheffield and I have a bit of one at home. So I would play a synth part and then send him the file over and he'd put it into his computer and then bring it up on a shared screen. I could see his interface and we'd mix it like that. It was like being in the same room.î The result is a ìreinterpretation rather than a remixî says Minsky-Sargeant. Over its seamlessly flowing duration, as it unfurls in hypnotic and infectious grooves - teasing snippets of songs as they weave in and out - the mix plays out like a classic 12î extended mix. Albeit one that takes on different forms and explores new terrain altogether. ìIt takes a number of parts of the album but different versions [and edits] of the songs,î he says. ìI've played new parts on more or less everything. Some tracks I've taken out the guitar parts and re-done them with synths or replaced bass lines with synths.î Thereís something of a northern lineage that can be traced here too, in that the 12î band remixes were something of a mainstay of Manchester bands like New Order and A Certain Ratio, and in a similar spirit, WMC are a new young band pushing, and crossing, the boundaries of where guitar and electronic music can interlink and overlap. ìIt's free flowing and electronic, rather than sounding like a band,î Minsky-Sargeant says of the mix. ìIt gives an insight into what the record is like, as well as the future of the band, but itís also something totally exclusive. It's very much its own thing.î

Working Men's Club began their career playing angular, cheerfully melodic '80s-style post-punk, then after one single, most of the band quit. Galvanized by leader Sydney Minsky-Sargeant's love of dance music and techno, they re-formed as a synth-heavy, propulsive, and -- as their abrasively entertaining 2020 self-titled album showed -- still quite punky dance-rock band. Hailing from Todmorden in West Yorkshire, England, the band were formed in mid-2018 by vocalist/guitarist Sydney Minsky-Sargeant, guitarist Giulia Bonometti, and drummer Jake Bogacki when the trio were still in their late teens. They built a following thanks to their electric live shows and Minsky-Sargeant's skills as a cheekily opinionated frontperson. After releasing a single heavily influenced by guitar-based post-punk, 2019's "Bad Blood," Working Men's Club signed to Heavenly Records. Around this time, Minsky-Sargeant's desire to switch away from making guitar music in favor of a more electronic sound alienated the rest of the band. The conflict came to a head less than a week before a concert in London; Bonometti left the band to devote time to her Juila Bardo project and Bogacki just left. Recently added bassist Liam Ogburn stayed on, and the duo were joined for the concert by multi-instrumentalists Mairead O'Connor of Moonlandingz and Rob Graham of Drenge, both of whom Minsky-Sargeant had met at the Sheffield studio of producer Ross Orton. This lineup stayed together, and with Orton in the producer's chair, recorded Working Men's Club's first album, capturing a sound that was equal parts insistent dance music and confrontational punk. The first single released from the sessions, "Teeth," appeared in August 2019 and served notice that the group's sound had undergone a major overhaul. Their self-titled debut long-player was due to be released in June 2020, but the band delayed it and instead released "Megamix," a 21-minute continuous remix of the album done remotely by Minsky-Sargeant and Orton. The album proper was finally issued in October of 2020. There is another band with the same name: 2) Noisy bastards from bloody London, playing hardcore punk. https://workingmensclubhc.bandcamp.com/ Read more on Last.fm. User-contributed text is available under the Creative Commons By-SA License; additional terms may apply.
FREE SHIPPING ON ORDERS OVER £100 TO UK MAINLAND ONLY
See exclusions
View Cart