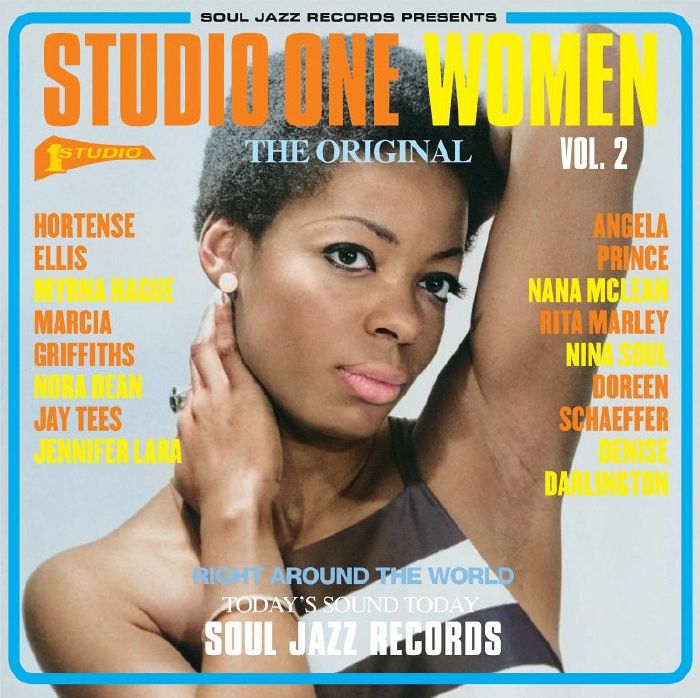 - NEW RELEASE
Sorry, this item is currently unavailable.
ARTIST:
Various Artists
TITLE:
[v2] Studio One Women
LABEL:
Soul Jazz Records
CATNO:
SJRLP502
STYLE:
Funk / Soul / Reggae / Ska /
FORMAT:
Vinyl record
DESCRIPTION:
2x12" Funk, Soul Reggae & Ska LP - Soul Jazz Records follows up one of their most popular Studio One releases with a brand new selection of rare and classic releases by women in reggae. Featuring legendary artists such as Marcia Griffiths, Rita Marley and Hortense Ellis (with a guest appearance by her brother Alton), alongside a host of rarities from lesser-known names such as Nina Soul, Nana Mclean, Denise Darlington, Myrna Hague and also Doreen Schaeffer, a vocalist who was a founding member of The Skatalites.

There are notable covers, from Tyrone Davis’ soul classic ‘Can I Change My Mind’ to The Band’s 60s psychedelic classic ‘Turn Turn Turn’ in a rub-a-dub style. Doreen Schaeffer reversions Alton Ellis’s seminal ‘I’m Still In Love With You’, Nina Soul reversions the slack rocksteady anthem ‘Barb Wire’. A number of these tracks are almost impossible to find, and many have never been issued ever since their initial release.

The music on the album is of course 100% killer and features backing from all of the seminal groups at 13 Brentford Road, including The Skatalites, Sound Dimension, Soul Brothers and the Brentford All Stars, and ranges from ska, rocksteady, roots, lovers and more from the 60s, 70s and 80s. All produced by Clement ‘Sir Coxsone’ Dodd at Studio One Records, the number one sound in reggae music.