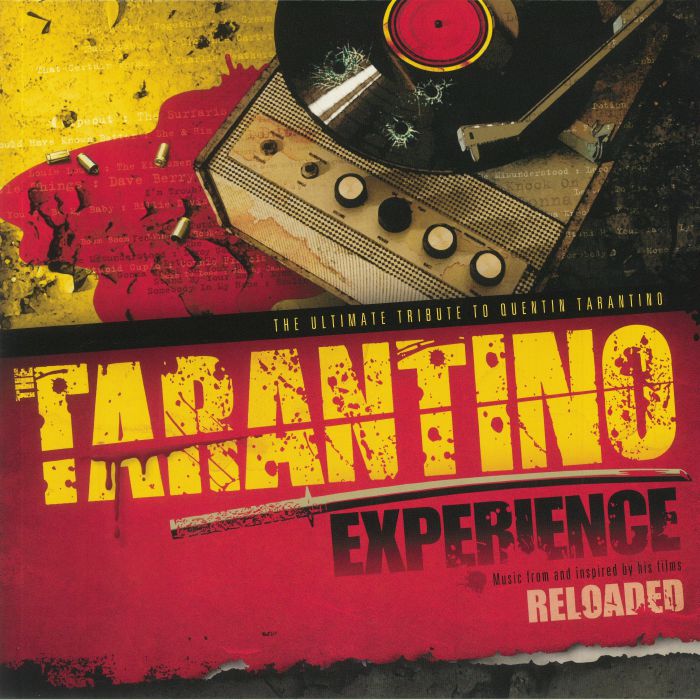 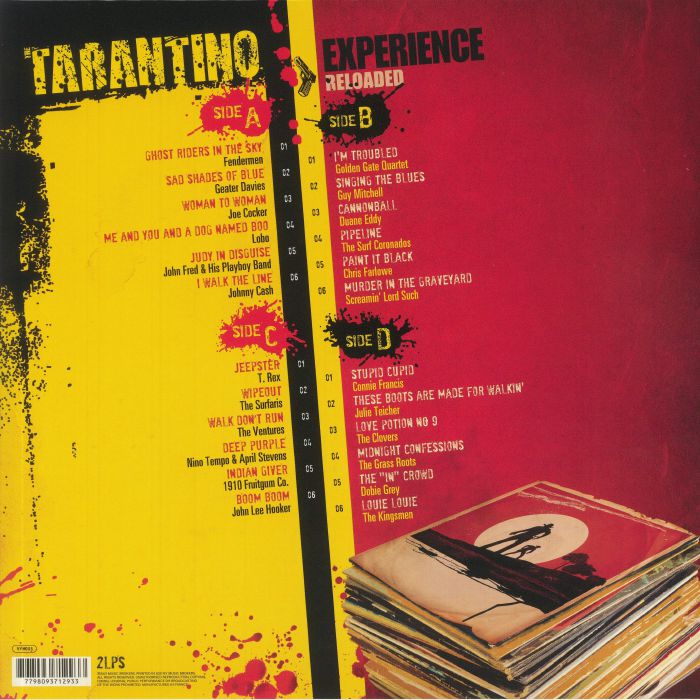 To some movie directors, the music heard in their films seems as (or more) important than the images seen or the dialogue spoken. Many Quentin Tarantino fans would regard a Reservoir Dogs without "Stuck In The Middle With You" or a Pulp Fiction without "Misirlou" as not Reservoir Dogs or Pulp Fiction at all.

Tarantino describes his perhaps unsurprisingly musically-inspired method of film conception as follows: "One of the things I do when I am starting a movie, when I'm writing a movie or when I have an idea for a film is, I go through my record collection and just start playing songs, trying to find the personality of the movie, find the spirit of the movie. Then, 'boom,' eventually I'll hit one, two or three songs, or one song in particular, 'Oh, this will be a great opening credit song.'"

Each one of Tarantino's films is undeniably exciting, raw and groundbreaking, and his skillfully conceived soundtracks can be charted with the same visceral energy - this is one of his ultimate musical strengths. In the process he has left a long list of iconic scenes that wouldn't be the same without his musical bad-assery. To name just a few: The opening of Pulp Fiction with Dick Dale & His Deltone's "Misirlou" or Kill Bill, Vol. 1's epic final showdown between Uma Thurman and Lucy Liu's characters with Santa Esmeralda's "Don't Let Me Be Misunderstood" in the background. And what about Reservoir Dogs' shocking torture scene with Michael Madsen dancing and singing to "Stuck In The Middle With You" by Stealers Wheel.

The Tarantino Experience Reloaded extends the tribute to one of the greatest filmmakers of the last 50 years and his uncanny talent. Featuring music from and inspired by his films, it attempts to help you explore Tarantino's personal way to approach his projects when it comes to their music. With fantastic artwork and remastered sound, The Tarantino Experience Reloaded is another essential addition to your vinyl collection.


Let's face it, love or hate his attitude in interviews and the characters he loves creating for himself, Quentin Tarantino has made some incredible movies over the last three decades. From the tension of behind enemy lines bars in Nazi Germany, to iconic overdoses and infinitely quotable radio DJs, what the realists despair at is the dramatist's dream come true. And thankfully, aesthetics and dialogue have always been matched by soundtracks.

As the more astute have probably guessed, The Tarantino Experience is a celebration of the latter. And, as the clued up will be thinking, the albums is entering a pretty crowded space. We all recognise Tarantino's films as musical experiences as much as visual and narrative, and the individual soundtracks to his films are everywhere. As such the important things to know here is that the sounds are similar - big funk, rock 'n' roll, psychedelia, blues, honky - but the tracks are (mostly) different.