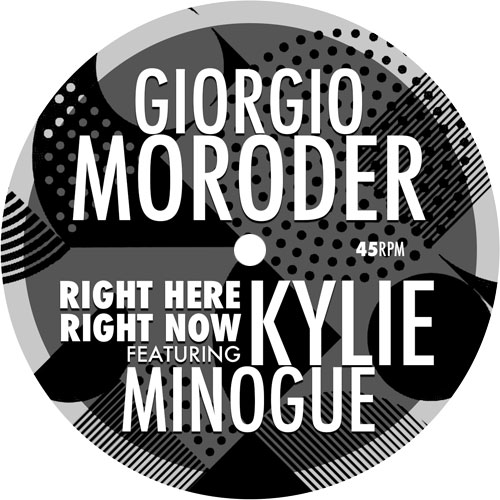 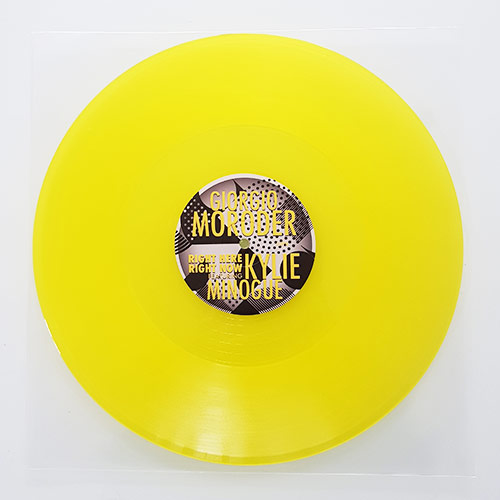 Giorgio Moroder (born Hansjörg Moroder on April 26, 1940 in Ortisei, Italy) is an Italian record producer, songwriter and performer, whose groundbreaking work with synthesizers during the 1970s was a significant influence on new wave, techno and electronic music in general. Particularly well known are Donna Summer's disco hits produced by Moroder, including "Love To Love You Baby" and "I Feel Love". Moroder also produced a number of electronic disco hits for The Three Degrees. Often collaborating with lyricist Pete Bellotte, Moroder scored a number of hits in his own name including "Son Of My Father" in 1972 and "From Here to Eternity" in 1977 under the name Giorgio, and in the following year releasing "Chase", the theme from the film Midnight Express and sold well elsewhere. All were hits in the UK. The full movie score for Midnight Express won him his first Academy Award for best film score in 1978. In 1985, Moroder worked with Phil Oakey, frontman of the popular synthpop group, The Human League, to make the album Philip Oakey & Giorgio Moroder. The following year, Moroder collaborated with his protege Harold Faltermeyer (of "Axel F." fame) and lyricist Tom Whitlock to create the score for the popular film Top Gun (1986), with the most noteworthy hit being the Berlin classic, "Take My Breath Away", which went on to become a huge hit for the group. He also scored other popular films in the 1980s including American Gigolo, Flashdance, The NeverEnding Story, Thief of Hearts, Electric Dreams, Scarface and Cat People(in collaboration with David Bowie). The latter score has recently regained popularity due to its use in the popular computer game Grand Theft Auto III. Moroder's "From Here To Eternity" and "The Chase" were also used in the Sony PSP game Grand Theft Auto: Liberty City Stories. In 1984, Moroder compiled a new restoration and edit of the famous silent film Metropolis and provided a new modern rock-and-roll soundtrack to the film. His song "Tears" was sampled and used as the basis of the DJ Shadow song "Organ Donor" on his 1996 album Endtroducing...... On September 20, 2004 Moroder was honored at the Dance Music Hall of Fame ceremony, held in New York, when he was inducted for his many outstanding achievements and contributions as producer. In 2005, he was given the title of Commendatore by Azeglio Ciampi. In 2005, a great deal of his work (including the Cizeta-Moroder supercar he co-produced in the mid 90s with Claudio Zampolli) was used in the video game Grand Theft Auto: Liberty City Stories, and was the entire playlist of the Flashback FM radio station. Giorgio Moroder is one of the numerous composers interested in writing the theme tune of the 2008 Bejing Olympic Games. This is not the first theme song Moroder composed for the Olympic games. "Hand in Hand" was regarded as the best ever Olympic theme song for the 1988 Seoul Olympics by former International Olympic Committee (IOC) President Juan Antonio Samaranch. Moroder contributed to Daft Punk's 2013 studio album Random Access Memories, admitting that he had been a fan of their song "One More Time" before working with the group. His voice and story is featured on the album's track "Giorgio by Moroder". On the track he states, "My name is Giovanni Giorgio, but everybody calls me Giorgio." Read more on Last.fm. User-contributed text is available under the Creative Commons By-SA License; additional terms may apply.
FREE SHIPPING ON ORDERS OVER £100 TO UK MAINLAND ONLY
See exclusions
View Cart