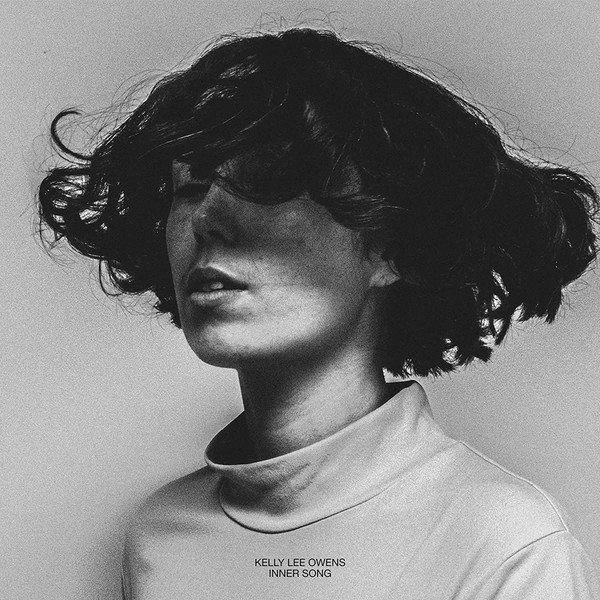 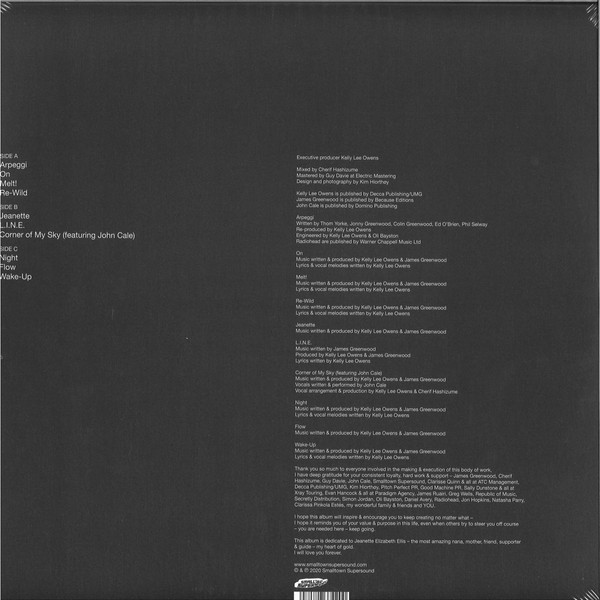 - NEW RELEASE
Sorry, this item is currently unavailable.
ARTIST:
Lee Owens, Kelly
TITLE:
Inner Song
LABEL:
Smalltown Supersound
CATNO:
6STS372LPC3
STYLE:
Techno / Downbeat Electronica / Dance-pop /
FORMAT:
Vinyl record
DESCRIPTION:
2x12" Techno / Downbeat Electronica & Crossover Dance LP REpressed For Love REcord Store Day - Indie Only
#
Kelly Lee Owens' masterful second album "Inner Song" finds the convention-blurring techno producer and singer/songwriter diving deep into her own psyche—excoriating the struggles she's faced over the last several years and exploring personal pain while embracing the beauty of the natural world. It's a leap in artistry from a musician who burst forth on the scene with a confident, rich sound, and "Inner Song" is endlessly enticing when it comes to what Owens is capable of.

"Inner Song" follows the star-making debut of her 2017 self-titled album, a quixotic blend of body-moving beats and introspective songwriting that garnered numerous accolades from the music press. Owens has indeed come a long way from her background as a nurse, since then she has remixed Bjørk & St Vincent, released an indelibly clubby two-tracker, 2019's "Let It Go" b/w "Omen," and teamed up with likeminded auteur Jon Hopkins on the one-off "Luminous Spaces."

Her latest album also comes off of what Owens describes as "the hardest three years of my life," an emotionally fraught time that, in her words, "Definitely impacted my creative life and everything I'd worked for up to that point. I wasn't sure if I could make anything anymore, and it took quite a lot of courage to get to a point where I could make something again." So while the lovely cover of Radiohead's "Arpeggi" might strike some as an unconventional way to open a sophomore effort, to Owens the winding take on the classic tune—recorded a year before work on "Inner Song" properly kicked off—represents the sort of sonic rebirth that's so essential to Inner Song's aura.

"Inner Song" was largely written and recorded over a month last winter. As with her debut, Owens holed up in the studio with co-producer and collaborator James Greenwood —and letting loose in the studio and being open to whatever sonic whims emerge was essential to Owens' craftwork. The evocative title of the album is borrowed from free-jazz maestro Alan Silva's 1972 opus, which was gifted to Owens by Smalltown Supersound's Joakim Haugland for her 30th birthday: "I'm so grateful for him and his perspectives—he's always thinking outside of the box. Those two words really reflect what it felt like to make this record. I did a lot of inner work in the past few years, and this is a true reflection of that." The hair-raising bass and tickling textures of "Inner Song" drive home that, more so than ever, Owens is locked in to delivering maximal sonic pleasure—as evidenced by the decision to make the album's vinyl release a sesqui album, or triple-sided album: "I'm still obsessed with frequencies that don't do well on vinyl if they don't have the space."

"The power of conceptualizing who you are has really informed this album," Owens states about Inner Song's essence, and her second album is truly a discovery of self— the latest statement from a fascinating artist who continues to surprise, gesturing towards a rich and varied career to come.

Kelly Lee Owens is an electronic music producer and singer signed to Smalltown Supersound. She debuted in 2015 with 'Arthur' followed by 'Uncertain'. In 2016 she released '1 of 3' and the EP 'Oleic'. Her debut long-player 'Kelly Lee Owens' was released in March 2017. Kelly grew-up in North Wales, UK, and moved to Manchester for a couple of years before settling in London, United Kingdom where she played bass in The History of Apple Pie and worked at XL Recordings, Pure Groove and Rough Trade East. After contributing with her writing and vocal skills to Daniel Avery's 'Drone Logic', a new collaboration emerged: 'Keep walking'. Another creative collaboration was formed after remixing Jenny Hval's song 'Kingsize (Kelly Lee Owens Rework)'; Jenny features on the single 'Anxi.'. Read more on Last.fm. User-contributed text is available under the Creative Commons By-SA License; additional terms may apply.
FREE SHIPPING ON ORDERS OVER £100 TO UK MAINLAND ONLY
See exclusions
View Cart