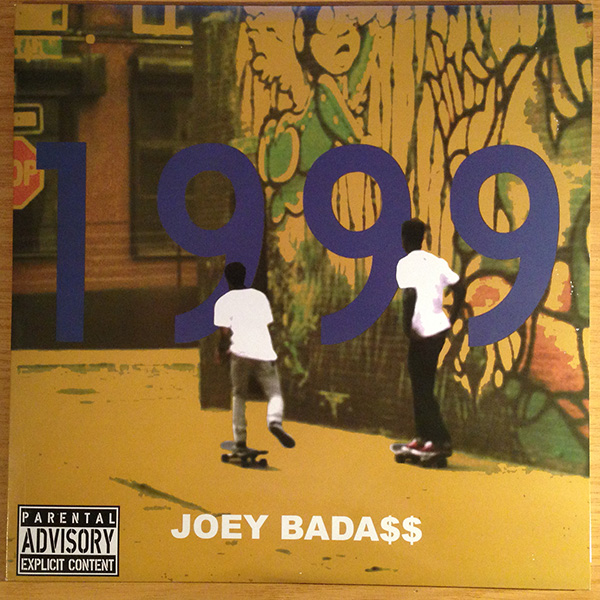 1999 is the debut mixtape by American independent hip hop artist Joey Bada$$. It was released on June 12, 2012.- It features production by Chuck Strangers, Lewis Parker, Lord Finesse, MF Doom and J Dilla, among others. The mixtape also features guest appearances from members of Pro Era, a hip hop collective of which Joey Badass is a member. The mixtape is based heavily around musical

he 17-year-old Brooklyn rapper Joey Bada$$ doesn't sound like his contemporaries. The handful of young rappers with tread, most notably Chicago's Chief Keef or the recently returned-from-exile prince of Odd Future, Earl Sweatshirt, make music with pomp and bombast, as aggressive as it is catchy. But the kind of music Joey BadA$$ makes hasn't sounded contemporary since the mid-1990s, or around the time he was born.

Today, Joey is the most visible member of a young artist collective called the Progressive Era (Pro Era for short), a crew mostly comprised of st

Jo-Vaughn Virginie Scott (born January 20, 1995), better known by his stage name Joey Badass (stylised as Joey Bada$$), is an American rapper, producer and artist from Brooklyn, New York. He is a member of the hip hop collective Pro Era, with whom he has released three mixtapes. Joey released his debut mixtape 1999 on June 12 2012. Featuring production from other Pro Era members, as well as some J Dilla and MF DOOM beats, the tape was released to general critical acclaim. On September 6, Joey released Rejex, a collection of early versions of songs and tracks that didn't make it onto his debut. After his initial effort's resounding success, on July 1, 2013, Joey Bada$$ released his second mixtape, Summer Knights. He then released his debut album B4.Da.$$ on January 20, 2015, on his 20th birthday. On April 7, 2017, he released his second studio album ALL-AMERIKKKAN BADA$$ under Pro Era Records and Cinematic Music Group. The album was supported by three singles: Devastated, Land of the Free and Temptation. ALL-AMERIKKKAN BADA$$ received generally positive reviews from critics and debuted at number five on the US Billboard 200. Read more on Last.fm. User-contributed text is available under the Creative Commons By-SA License; additional terms may apply.

OTHER RELEASES ON AAA RECORDINGS OR BY JOEY BADA$$:

We have many other items in stock by Joey Bada$$ and on the label AAA Recordings.