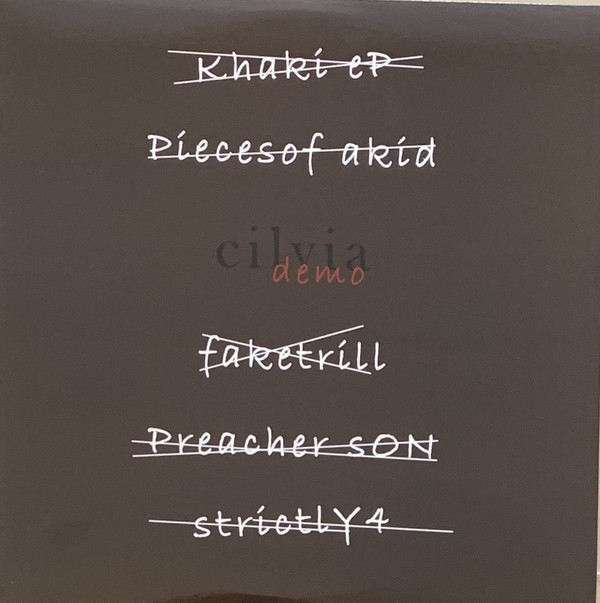 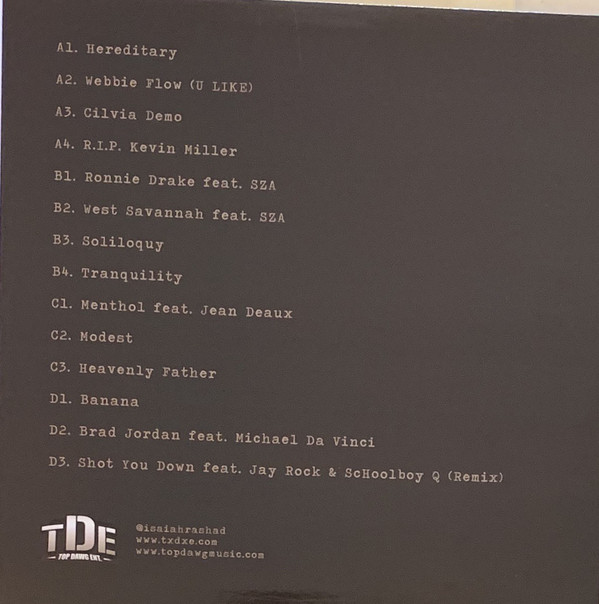 Cilvia Demo is now 14 tracks, making it a little long for an EP. His fellow Top Dawg crew members Schoolboy Q, Jay Rock and SZA join him on a few tracks. Previously released tracks “RIP Kevin Miller,” “Brad Jordan” and “Ronnie Drake” are all on the full-length project.

Coming out of Chattanooga, Tennessee with a style much wiser than his 22 years would suggest, rapper Isaiah Rashad makes his official debut with Cilvia: Demo, a strange and wonderful EP with some minor reservations. Here, Rashad combines the eye-level view lyrics of Kendrick Lamar with challenging music that takes cloud-rap to another, more abstract level. "I Shot You Down" is the boldest example, with complaints of growing up in an area where the "role models, so hollow" before the rapper erupts in a "you can suck my d*ck!" moment that stings like few others, a learned/gangsta mash-up that's repeated elsewhere and could be considered the theme of this EP. Problem is, it is an EP, and an oddly cumbersome one at 11 tracks, and with "demo" stuck on the cover, the scattershot flow of the release and the insider feel of it all is explained, although maybe not entirely excused. Easy access it's not, but track by track, this is excellence and an appetite-whetting experience worth any progressive hip-hop fan's attention.

Isaiah Rashad McClain (born May 16, 1991) is a rapper hailing from Chattanooga, Tennessee. He is signed to Top Dawg Entertainment. Isaiah Rashad first began rapping seriously in the tenth grade and after high school, he lived wherever he could record. He began getting industry connects in 2010 from which point his music begun getting passed around to various A&R's. In 2012, Isaiah Rashad toured with Juicy J, Joey Bada$$ and Smoke DZA among others, on the Smoker's Club Tour. In December 2012, Rashad begun getting attention from various record labels, most of which he showed no interest in. On January 28, 2014, his first project was released, titled Cilvia Demo. The EP debuted at number 40 on the US Billboard 200 chart and sold 8,500 copies in the United States during its first week of release. On May 5, 2014, XXL revealed Rashad was included in their annual freshman class. On September 2, 2016, Rashad released his debut studio album, The Sun's Tirade. The Sun's Tirade received critical acclaim from music critics, debuted at number 17 on the US Billboard 200 and sold 19,000 copies its first week. Read more on Last.fm. User-contributed text is available under the Creative Commons By-SA License; additional terms may apply.

OTHER RELEASES ON AAA RECORDINGS OR BY ISAIAH RASHAD:

We have many other items in stock by Isaiah Rashad and on the label AAA Recordings.