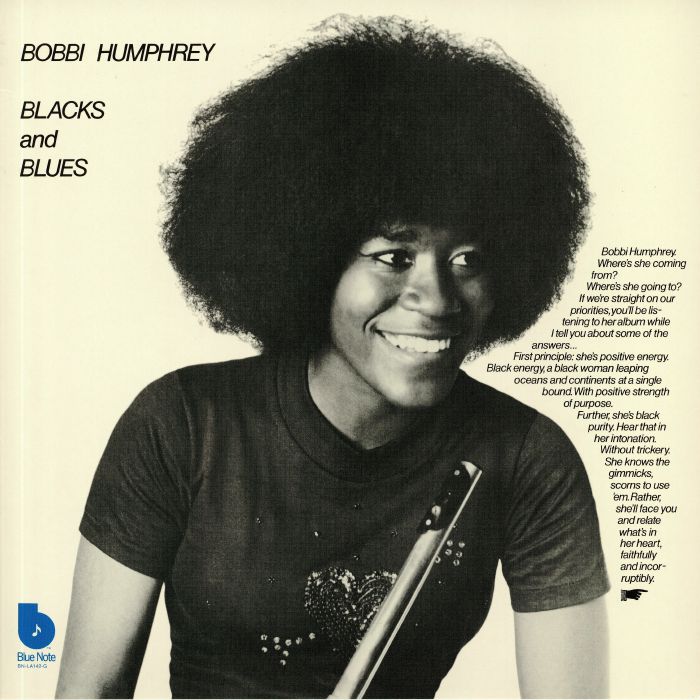 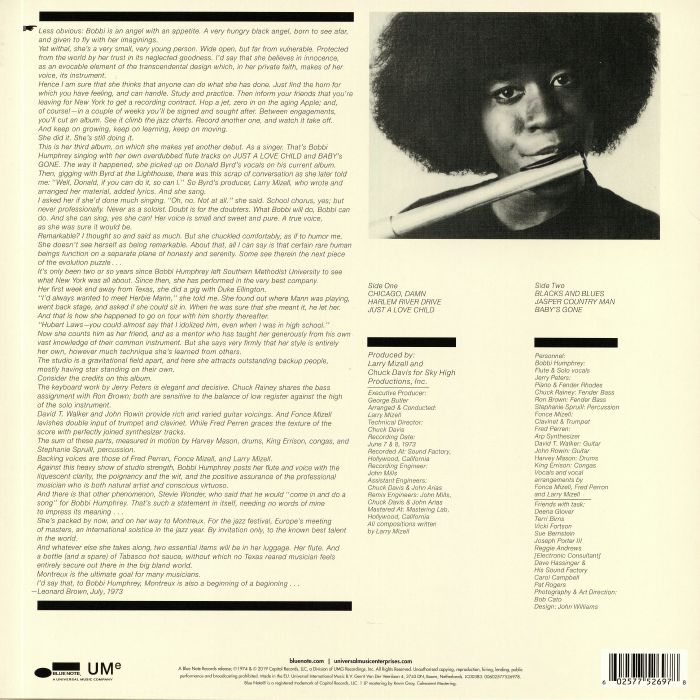 Utterly delightful jazz-funk classic that helped make her a sensation at Montreux. If it sounds a lot like Donald Byrd's post-Black Byrd output, it's no accident; brothers Larry and Fonce Mizell have their fingerprints all over the album, and as on their work with Byrd, Larry handles all the composing and most of the arranging and production duties.

It certainly helps that the Mizells were hitting on all cylinders at this point in their careers, but Humphrey is the true star of the show; she actually grabs a good deal more solo space than Byrd did on his Mizell collaborations, and she claims a good deal of responsibility for the album's light, airy charm. Her playing is indebted to Herbie Mann and, especially, Hubert Laws, but she has a more exclusive affinity for R&B and pop than even those two fusion-minded players, which is why she excels in this setting. Mizell is at the peak of his arranging powers, constructing dense grooves with lots of vintage synths, wah-wah guitars, and rhythmic interplay. Whether the funk runs hot or cool, Humphrey floats over the top with a near-inexhaustible supply of melodic ideas. She also makes her vocal debut on the album's two ballads, "Just a Love Child" and "Baby's Gone"; her voice is girlish but stronger than the genre standard, even the backing vocals by the Mizells and keyboardist Fred Perren. Overall, the album's cumulative effect is like a soft summer breeze, perfect for beaches, barbecues, and cruising with the top down.

PLAY
CUE
MP3
a1
Chicago, Damn
a2
Harlem River Drive
a3
Just A Love Child
b1
Blacks And Blues
b2
Jasper Country Man
b3
Baby's Gone

Barbara Ann ("Bobbi") Humphrey (born April 25, 1950) is an American jazz flautist and singer who plays fusion, jazz-funk and soul-jazz styles. Bobbi Humphrey has performed for audiences around the world. She was born in Marlin, Texas, and raised in Dallas. Her flute training included classical and jazz styles in high school. She continued her studies at Texas Southern University and Southern Methodist University. Dizzy Gillespie saw Humphrey play at a talent contest at Southern Methodist, and inspired her to pursue a musical career in New York City. She followed his advice, getting her first big break performing at the Apollo Theatre on Amateur Night. She eventually began playing regularly throughout the city, including a gig with Duke Ellington. By 1972, she was recording for the Blue Note Jazz label, one of the first female instrumentalists to do so. Humphrey has played with well-known musicians, ranging from Duke Ellington to Lee Morgan. Guitarist George Benson and Humphrey were guest musicians on Humphrey's friend Stevie Wonder's single "Another Star" from his Songs in the Key of Life (1976) album. In 1976, she was named Best Female Instrumentalist by Billboard. In 1994 Humphrey launched her label, Paradise Sounds Records, releasing Passion Flute, which continues to be one of her best-selling recordings. Bobbi Humphrey has played at the Apollo Theatre, Hollywood Bowl, Carnegie Hall, Montreux Jazz Festival, Russian River Jazz Festival (Northern California), and other venues around the world. Read more on Last.fm. User-contributed text is available under the Creative Commons By-SA License; additional terms may apply.
FREE SHIPPING ON ORDERS OVER £100 TO UK MAINLAND ONLY
See exclusions
View Cart