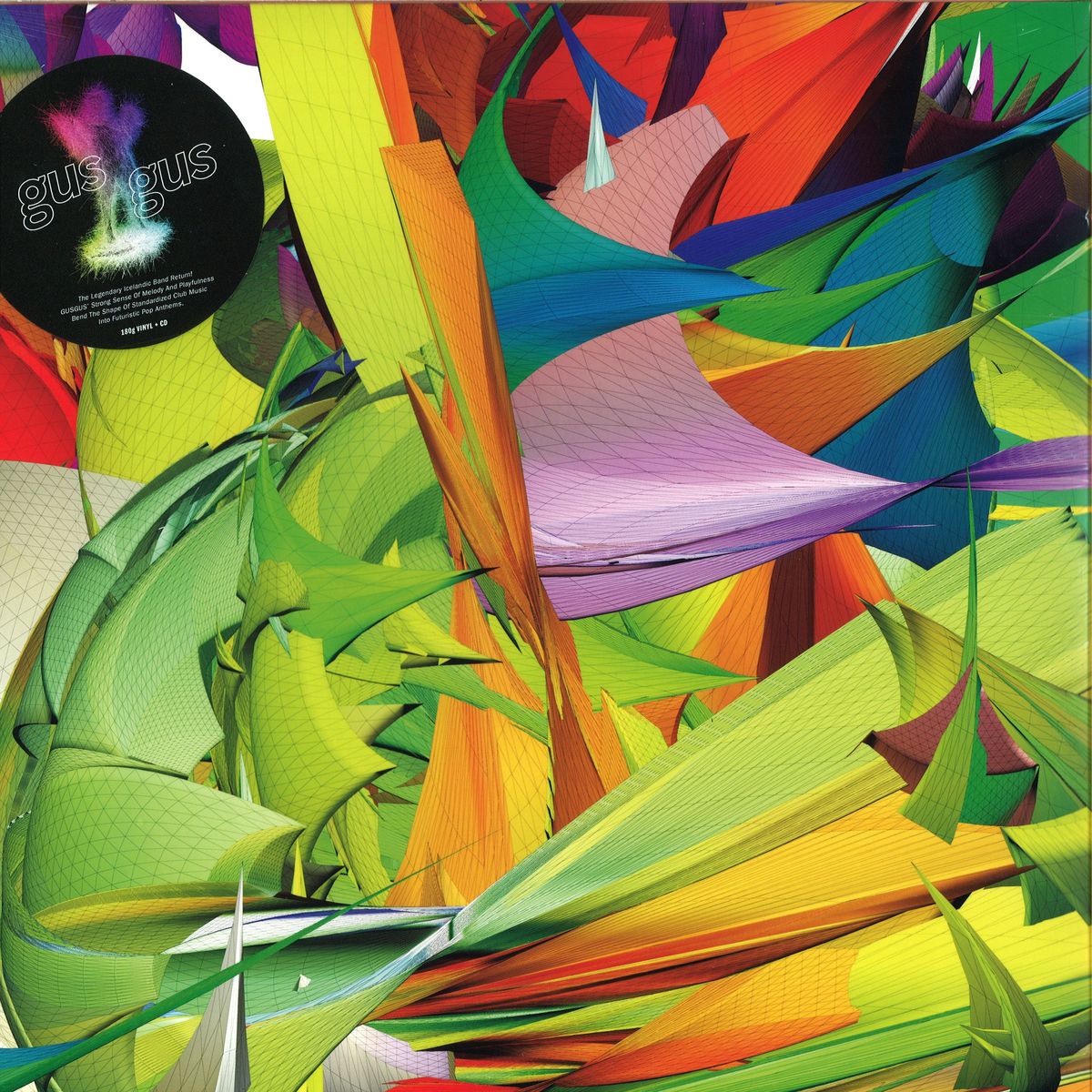 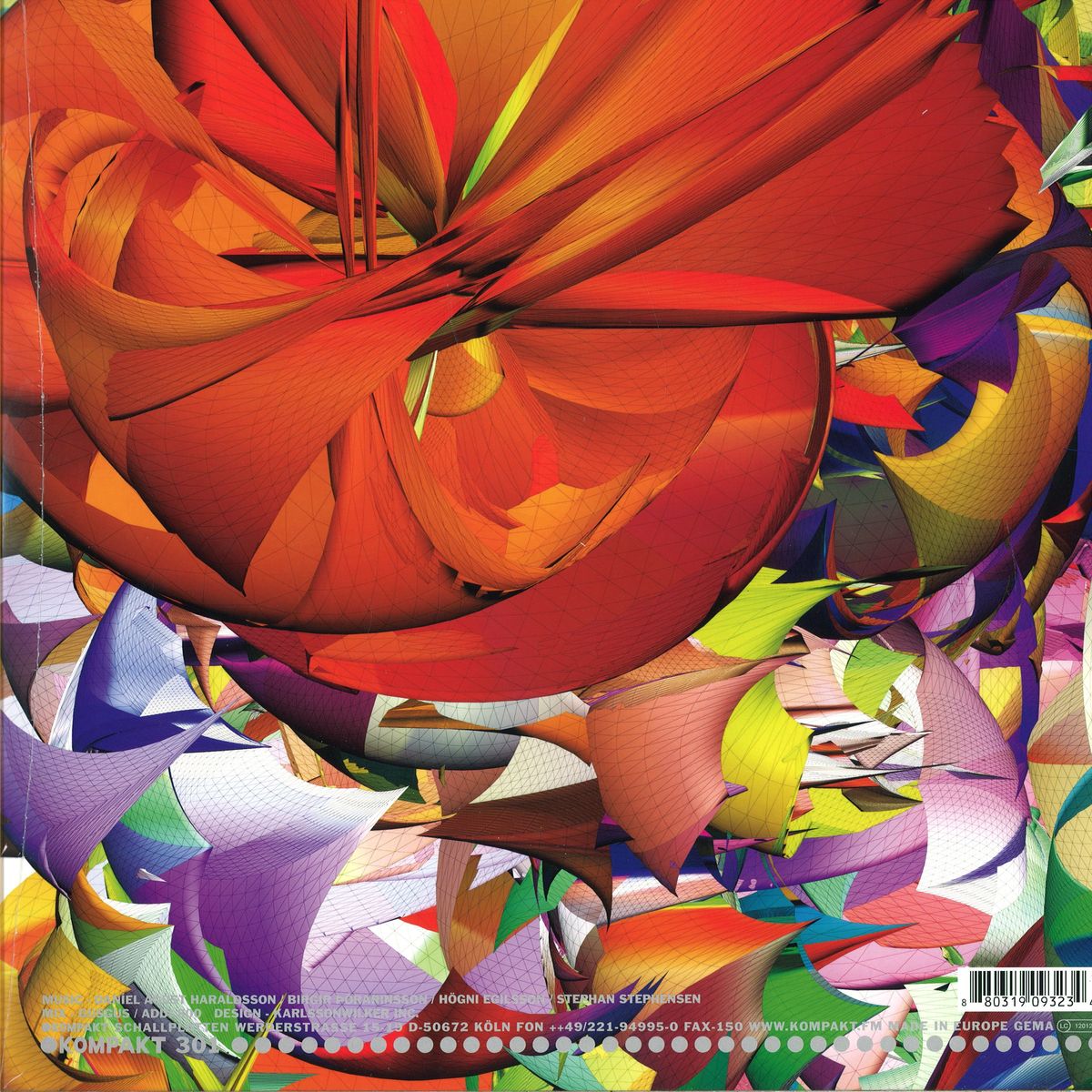 As the digital pre-single CROSSFADE (KOMPAKT DIGITAL 39) and the corresponding set of magnificent remixes (KOMPAKT DIGITAL 40) already showed, GUSGUS are determined to continue the outstanding quality of their songwriting. Accordingly, the new album has the same gloss as the previous works, but can also be measured by the momentum and the quality of current debauchery. Band member Birgir Thorarinsson was already preparing for the upcoming task with the production of John Grant's brilliant 2013 release "Pale Green Ghosts", a milestone in electronic songwriting and the ideal training ground for MEXICO. From the opening hymn OBNOXIOUSLY SEXUAL to the existential shuffle of the closing ballad THIS IS WHAT YOU GET WHEN YOU MESS WITH LOVE, this album pulls all the stops on the way to sonic delight and dives deeper into its own timeless melody with each track.

Gus Gus, Iceland's leading techno/acid house band saw the light of day for the first time in 1995, during a break in the making of the shortcut "Pleasure". Initially Gus Gus was as a multimedia collective that combined sexually tinged dance music with visual arts and shorts made by the group's members. A self-titled debut album appeared on their Kjól & Anderson imprint in conjunction with the screening of "Pleasure" and immediately caused a buzz on the scene in their native land. Eventually its euphoric grooves and sensual beats reached the demanding ears of UK's 4AD Records, which signed the band in 1996. After the release of their 4AD debut and second album Polydistortion, the collective started touring relentlessly to a wide acclaim that has been enforced to this day. They released their eighth album, Arabian Horse, in 2011. Gus Gus has had a varied lineup, including: * Birgir Þórarinsson (a.k.a. Biggi Veira or Biggo) * Daníel Ágúst Haraldsson * Magnús Jónsson (a.k.a. Blake) * Sigurður Kjartansson (a.k.a. Siggi Kinski) * Stefán Árni Þorgeirsson * Hafdís Huld Hákonardóttir * Emilíana Torrini Davíðsdóttir * Urður Hákonardóttir (a.k.a. Earth) * Magnús Guðmundsson (a.k.a. Herb Legowitz a.k.a. Buckmaster DeLaCruz, The Fox, Fuckmaster, or Herr Legowitz) * Stephan Stephensen (a.k.a. President Bongo, Alfred More, or President Penis) * Baldur Stefánsson Several lineup changes have occurred, and their current incarnation consists of three members (President Bongo, Daniel Agust and Biggi Veira). After their third album, This Is Normal, the filmmaking arm of Gus Gus (Kjartansson and Árni Þorgeirsson) split off to form the production company Celebrator, now known as Arni & Kinski, which has produced award-winning advertisements and videos.[citation needed] A few former members such as Hafdís Huld, Blake, and Daníel Ágúst have gone solo, most notably though Emilíana Torrini, who provided a song for the soundtrack to Peter Jackson's The Lord of the Rings: The Two Towers. Gus Gus's music is eclectic, and although primarily classified with techno, trip-hop and house music, they have experimented with numerous other styles. They have also remixed several famous artists, including Björk, Depeche Mode, Moloko, and Sigur Rós. Added to this they released the song Desire with Ian Brown in January 2004. Studio albums: * Gus Gus (1995) * Polydistortion (1997) * This Is Normal (1999 * Gus Gus vs. T-World (2000) * Attention (2002) * Forever (2007) * 24/7 (2009) * Arabian Horse (2011) Sites: Discogs, Wikipedia & http://GusGus.GrapeWire.net (official). Read more on Last.fm. User-contributed text is available under the Creative Commons By-SA License; additional terms may apply.
FREE SHIPPING ON ORDERS OVER £100 TO UK MAINLAND ONLY
See exclusions
View Cart