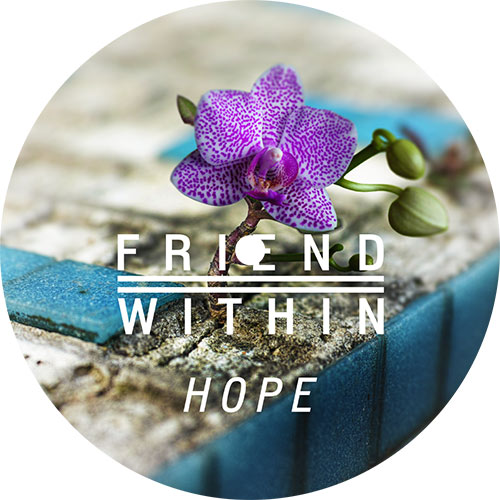 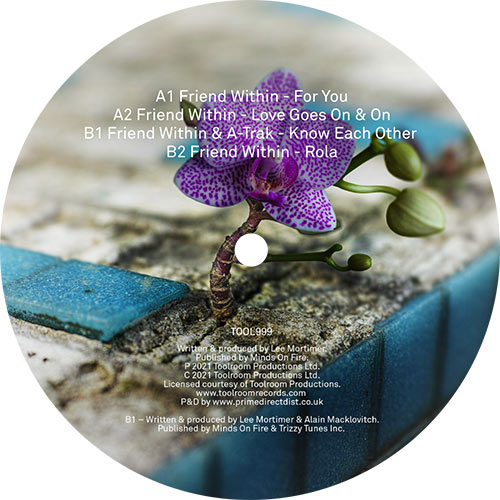 - NEW RELEASE
Sorry, this item is currently unavailable.
ARTIST:
Friend Within
TITLE:
Hope
LABEL:
Tooroom
CATNO:
TOOL999
STYLE:
House / Tech House / Deep House /
FORMAT:
Vinyl record
DESCRIPTION:
4 Tracker - Pumpin Vocal House , Tech House & Deep House - After signing to the Toolroom in 2018, Friend Within is finally ready to unveil his debut album titled ‘Hope’ with four of the standout tracks being compiled for this 12 inch sampler. An established producer in his own right, having worked with countless DJs and producers over the years Friend Within has come full circle with his debut album ‘Hope’. Written during lockdown in 2020, it is a collection of his finest tunes to date, packed full of club bangers and dancefloor fillers leaving little room to disappoint.

Released back in 2020, the first single to the album ‘For You’ is a self-assured classic house track with no need for an introduction, maintaining the albums theme of absolute bangers. Despite it being one of the more chilled out moments on the album, ‘Love Goes On And On’ cements its place as a straight up house banger. Next up, A-Trak makes an appearance as the pair collaborate on Know Each Other, upping the ante from their previous 2019 hit ‘Blaze’. Going from strength to strength, the late night, feel good nature of the song speaks for itself and is a definite high point of the album. Finishing things off is instant dancefloor classic, Rola, an uplifting Disclosure esque record sprinkled with subtle hints of Friend Within magic for good measure.

Although the album leaves a sense of longing for live music again, it gives hope that better times are yet to come. Hope is destined to soundtrack and define nightlife post pandemic, known the world over as a classic debut by one of the most exciting artists of this decade.

Last FM Information on Friend Within

Breaking through the ranks of upcoming UK house producers is "The Game" from new artist Friend Within. The man behind the new moniker is a mystery but the quality is impeccable. We tend to believe this is not the work of a new kid but rather an experienced producer who knows what he is doing. These 2 tracks were the cream of the demo pile and there's no way this guy just picked up a DAW last week. 'The Game' kicks off with a stuttering heavyweight house cut on the title track; a shuffling snare rolling instrumental that is built for peak time house parties. 'The Hollow' shows a penchant for 90s house echoed by some truly crisp and crunchy basslines that cement Friend Within as a monster producer and close friend of the dirtybird camp. But who is Friend Within? It's clear he has inimitable knowledge behind the decks, is well-versed in the classics and brings a fresh spin to experienced production. His roots may be impossible to determine but the eerie support is universal. We are just happy to be first (as usual!) to release his music. With forthcoming releases on the likes of Hypercolour and Pets Recordings in 2013, plus huge love for the forthcoming remix 'Renegade Master' that has everyone from Disclosure to Monki and B.Traits in a spin, expect to be seeing and hearing a lot more from Friend Within over the next years to come. Read more on Last.fm. User-contributed text is available under the Creative Commons By-SA License; additional terms may apply.
FREE SHIPPING ON ORDERS OVER £100 TO UK MAINLAND ONLY
See exclusions
View Cart