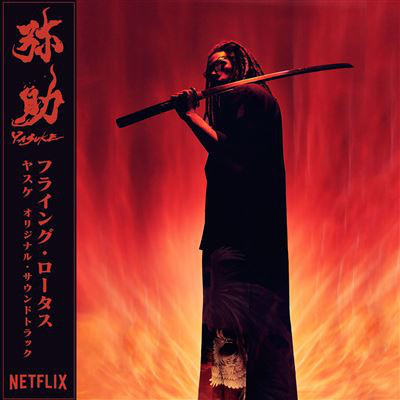 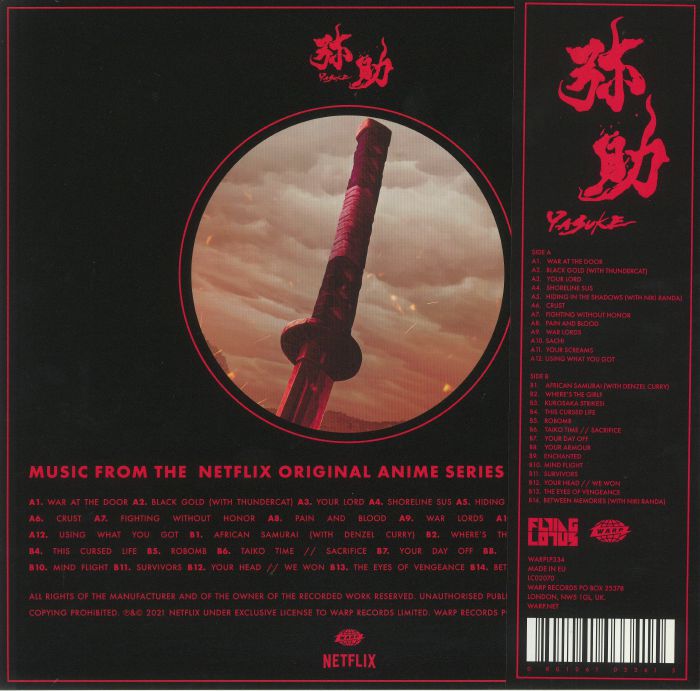 A dream project for the producer, Flying Lotus consulted on the story, working alongside renowned anime creators Studio MAPPA as an executive producer on the project. The skillset of the GRAMMY AWARD winning producer is on complete display on the album, hybridizing synth melodies, bass lines and machine generated drum patterns while exploring new sonic territory -- traditional Japanese percussion instruments like the taiko and hyōshigi and west African percussion — a nod to the Afro-Japanese, feudal yet futuristic world Yasuke inhabits.

'You haven't really heard an anime score do a "Blade Runner" thing,’ he says, ‘I was like, let me try and get into the headspace of that, but also there were several things that were part of the recipe for me. I thought about when Dilla would sample [Isao] Tomita and people like Vangelis, and how he had a [signature] sound when he did that sort of thing.’.

Los Angeles resident Steven Ellison, better known as Flying Lotus, is a producer of electronic music and hip-hop beats, known for his abstract and sometimes jazz-tinted style. Flying Lotus, often abbreviated to FlyLo, is the founder and leader of the Brainfeeder collective, which includes such artists as Samiyam, Teebs and Daedelus. He is also often seen as being at the forefront of the new wave of beatmakers and musicians who fuse IDM and electronica with hip-hop and trip-hop. Flying Lotus released his first album, 1983 on Plug Research Records in 2006. His June 2008 release, Los Angeles, released on Warp with cover art designed by Build & Timothy Saccenti, was released to positive critical reviews. His third album, Cosmogramma, was released on Warp in 2010 to further critical acclaim. His fourth album, Until the Quiet Comes, has been released through Warp in October 2012. As well as serious album work, remixes and production for artists such as Blu, Hodgy Beats, Gonjasufi, Oddisee and John Robinson, FlyLo is also responsible for many of the musical loops heard during the ‘bumps’ on Adult Swim, as well as being a casual filmmaker. Being the great-nephew of Alice Coltrane, John Coltrane’s wife, Ellison comes from a musical heritage about which he says: “My greatest influences are my family, I’m lucky to have been around so many accomplished musicians.” When discussing the sources of his imagination and inspiration, he explains that : “I see these tracks as little short films that play in my head… I have this beautiful lemon tree in my backyard, and on a sunny day the light shines through. Little things like that inspire me.” Read more on Last.fm. User-contributed text is available under the Creative Commons By-SA License; additional terms may apply.
FREE SHIPPING ON ORDERS OVER £100 TO UK MAINLAND ONLY
See exclusions
View Cart