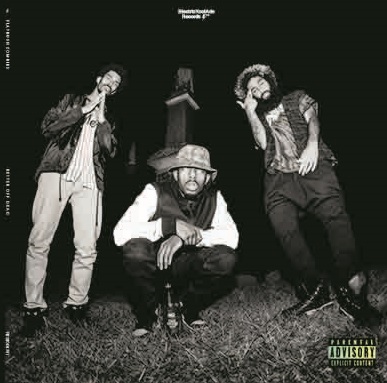 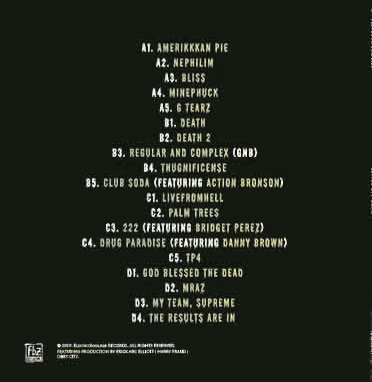 On their second mixtape, Better Off Dead, Brooklyn rap outfit Flatbush Zombies get darker and more political, but stay heavily rooted in the drug culture they’ve engrained themselves in

Group member Erick Arc Elliott, who had been making his own solo music, decided to bring childhood friends Meechy Darko and Zombie Juice together musically around 2010. Their first club performance took place in 2012, at 307 in Waterloo. The group's popularity grew that year after releasing the music video of their track "Thug Waffle" on YouTube, followed up with the release of their debut mixtape, titled D.R.U.G.S.

On July 29, 2013, Flatbush Zombies released a YouTube video announcing their second mixtape, which would be titled BetterOffDEAD. It was released at exactly 9:11 PM on September 11, 2013. The singles "MRAZ," "Palm Trees," and "222" are included on the nineteen track mixtape. Though Elliott is the main producer, Harry Fraud and Obey City also provide production on the mixtape. Danny Brown and Action Bronson are the two features on the mixtape and appear on the tracks "Drug Parade" and "Club Soda" respectively.

Flatbush Zombies is a hip-hop group consisting of Meechy Darko, Zombie Juice, and producer/rapper Erick Arc Elliott. They are located in the Brooklyn neighborhood of Flatbush in New York City. They have released two mixtapes titled "D.R.U.G.S". and "BetterOffDEAD" as well as several music videos. Read more on Last.fm. User-contributed text is available under the Creative Commons By-SA License; additional terms may apply.

OTHER RELEASES ON AAA RECORDINGS OR BY FLATBUSH ZOMBIES:

We have many other items in stock by FLATBUSH ZOMBIES and on the label AAA Recordings.