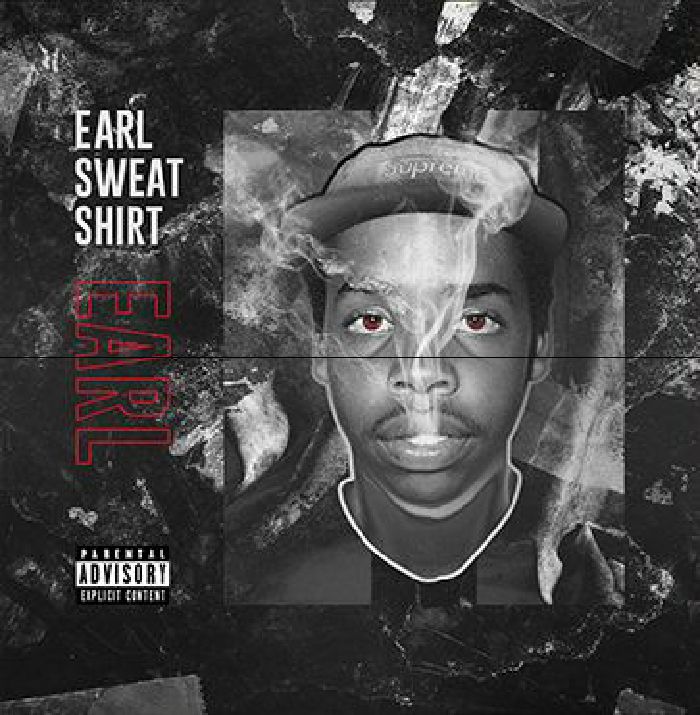 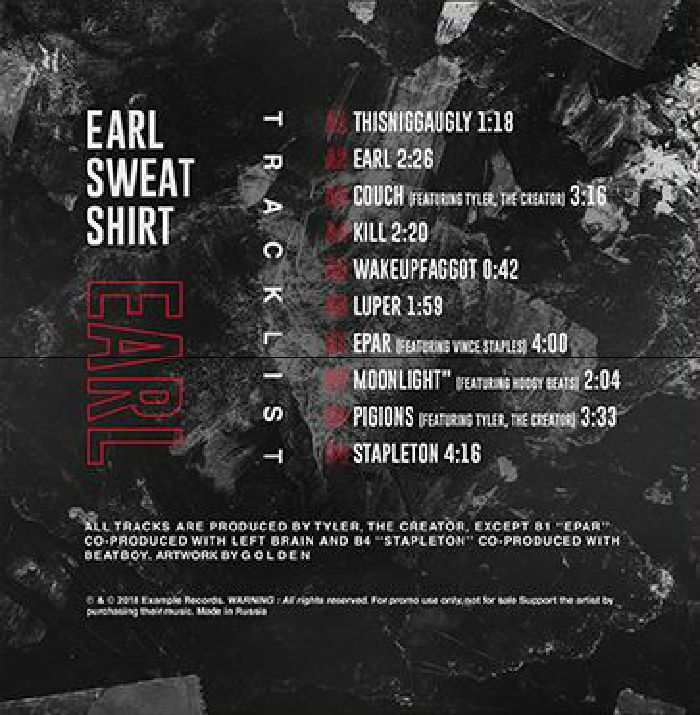 What is most dope about EARL, and by proxy the Odd Future Wolf Gang Kill 'Em All crew in general, is its revival of a certain feel hip-hop hasn't seen in a while

"Kill" and stuff like "Stapleton" or "Earl" are also notable because they remind me a lot of the Lootpack crew in the late-90s. There's a strong ethos of boom bap and golden age hip-hop here, but the tools are so cheap and obviously not even well understood by their users yet, so the beats are disgustingly simple and, while catchy, wholly in service to the raps.

Earl Sweatshirt's debut "album": Earl is a member of the Odd Future crew, along with his brother Tyler, they're a bunch of rascal kids who love dismemberment and skateboarding. and I say album sarcastically because

Earl Sweatshirt (born Thebe Neruda Kgositsile on February 24, 1994) is an American rapper. He released his debut mixtape, EARL, as a free digital download on the OFWGKTA website at sixteen years-old, with the help of founding OFWGKTA member Tyler, the Creator. His debut studio album, Doris, was released in 2013 to widespread critical acclaim. He followed this release up with his second album, I Don't Like Shit, I Don't Go Outside: An Album by Earl Sweatshirt, in 2015 to an equal amount of acclaim. In 2018, he released his third studio album, Some Rap Songs, which was his last album with Columbia; following it up with the EP Feet of Clay in 2019 on Warner Records. His latest album, Sick!, was released in 2022, also on Warner Records. Read more on Last.fm. User-contributed text is available under the Creative Commons By-SA License; additional terms may apply.

OTHER RELEASES ON AAA RECORDINGS OR BY EARL SWEATSHIRT:

We have many other items in stock by Earl Sweatshirt and on the label AAA Recordings.