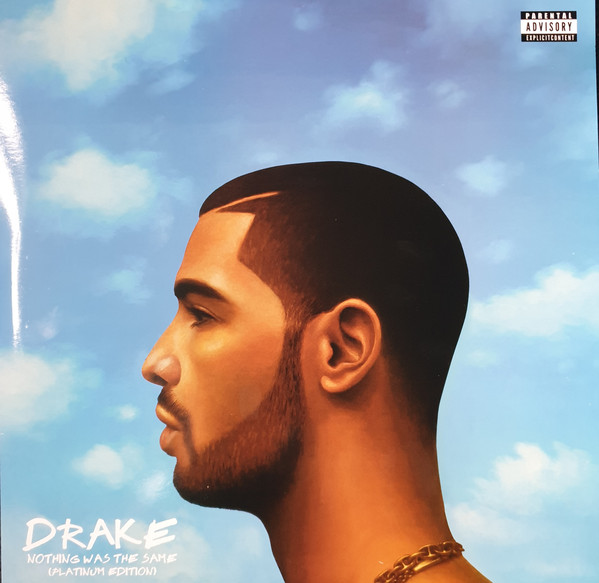 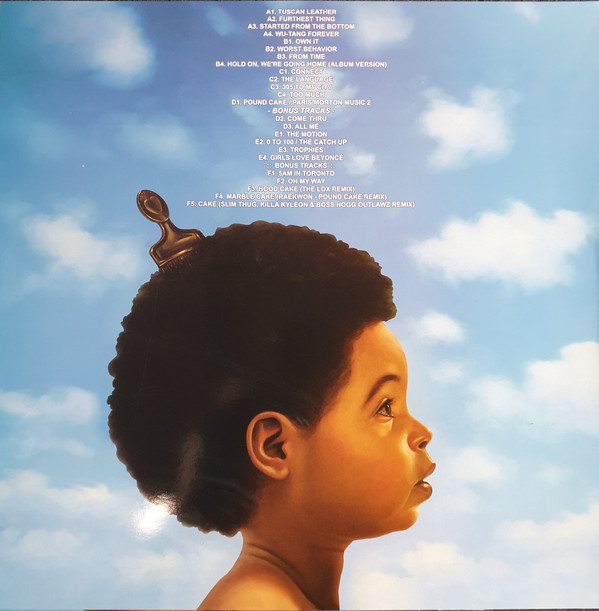 DRAKE - (PE) NOTHING WAS THE SAME (PLATINUM EDITION)

After an EP and two albums that firmly established his moody, introspective style and made him a huge star, Drake's third album, Nothing Was the Same, isn't a huge departure but it does take some steps in new directions. Built around sped-up samples and Wu-Tang-inspired, spooky loops, the production retains the same basic style, but is a little deeper and more foreboding. Provided mostly by longtime collaborator Noah "40" Shebib, the backing is suitably melancholic and claustrophobic enough to match Drake's main lyrical themes of angry boasting, dealing with a broken heart, and being disillusioned by the lifestyle his fame has brought him. This time out, Drake adds to his list of family issues, as a couple tracks deal with re-establishing a relationship with his father and worrying about his mom. It's good to hear him reaching out a little and expanding his concerns because his usual topics are wearing thin, especially the boasting. "Started from the Bottom" is the main offender, since the idea of Drake starting from the bottom is a little ridiculous. If growing up well-off, starring in a TV series, and hooking up early with Weezy is the bottom, we should all want to start off there. It's hard to entirely write off this song, and the others that focus on his greatness, since the music is so evocative and because Drake's basic persona is still appealing. "Too Much," in particular, is a brilliant combination of brag rap and quiet storm balladry that features a simply heartbreaking vocal from Sampha. The tracks that work the best on Nothing are the slow-to-the-point-of-being-static ballads like "Own It," "Connect," and "305 to My City," which feel like the late-night emotional outpourings of a truly sad soul; the songs that bubble with raw emotion and are balanced against very dark loops, like "Wu-Tang Forever"; and the one song that has some uptempo punch, the very poppy R&B groover "Hold on, We're Going Home." That last one shows that Drake could make great left-field R&B if he wanted to, and is a nice contrast to all the angry talk and bitter introspection that fill the rest of the record. As impressive as it is that Drake has become a star while making records that are mostly joyless and twisted up by emotions, it might be nice to hear him loosening up and having some fun now and then. As far as this album goes, though, it's not much fun but it is worth exploring if you've been following Drake's progression up till now. Nothing Was the Same doesn't show large amounts of growth, but the small changes to the sound and the slightly wider net his lyrics cast make it worthwhile. Plus, there aren't many other rappers who do gloom as well as Drake and that's something worth supporting, if only because it's something different than the hip-hop norm in 2013.

OTHER RELEASES ON AAA RECORDINGS OR BY DRAKE:

We have many other items in stock by Drake and on the label AAA Recordings.