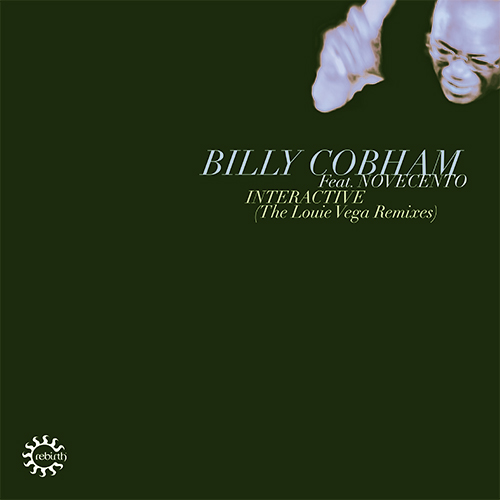 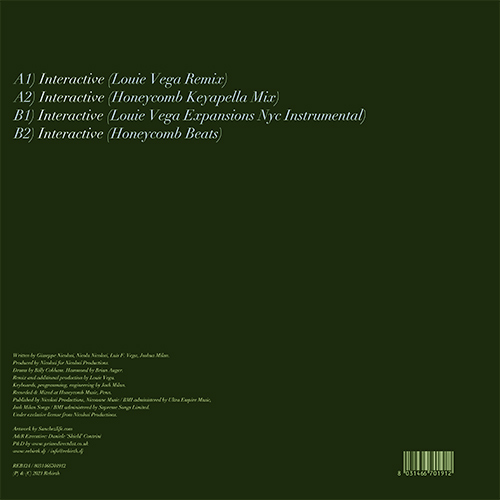 - NEW RELEASE
Sorry, this item is currently unavailable.
ARTIST:
Cobham, Billy
TITLE:
Interactive (Louie Vega Remixes)
LABEL:
Rebirth
CATNO:
REB124
STYLE:
Deep House / Jazzy House /
FORMAT:
Vinyl record
DESCRIPTION:
Deep House & Jazzy House With Dj Tools & Beats Included -Since the release of the first volume in 2019, we knew we couldn't stop there. In 2021 we are even more excited to present the 'Drum'n Voice Remixed 2' album by the legend Billy Cobham in collaboration with Italian producers and composers Nicolosi / Novecento. As a taster to the album we are very happy to be releasing an EP containing remixes of ‘Interactive’ from the legend Louie Vega.

Acclaimed as jazz-rock fusion's greatest drummer, Billy Cobham has dedicated his whole life to musical exploration and creative expression. Born in Panama, he has been surrounded by music. His father was a pianist, his mother was a singer and Billy started playing drums at four years old. Throughout his career he has collaborated with artists like Miles Davis, Horace Silver, Airto Moreira, George Benson and appeared on over 300 recordings, including icons like Peter Gabriel, Quincy Jones, Jack Bruce, Bob Weir, and James Brown, and to date, has produced and released more than forty albums as a leader. The first album ‘Spectrum’ is a masterpiece and still considered a reference album today.

Billy and Nicolosi composed so many songs of the highest quality and class that we immediately wanted to get to work preparing a second volume of remixes. We are really happy to present the Louie Vega remixes of ‘Interactive’ in the run up to ‘Drum’N Voice Remixed 2’ collection that's set for a release later in the year.

‘Little’ Louie Vega does not need any introduction. One half of the Masters At Work (that are back now after a long time with their new single), he is one of the most important House Music duo of the last 30 years, even receiving a nomination in the last Grammy Awards. With the collaboration of Josh Milan (aka Honeycomb and former one half of Blaze) at the keyboards, these incredible remixes of 'Interactive' make track shine thanks to a powerful blend of funky cosmic disco and a perfect killer groove that makes us dance on Brian Auger's magnificent hammond improvisation

Billy Cobham, born May 16, 1944 in Panama, is one of the world’s most influential drummers, best known for his jazz fusion in the 1970s, with John McLaughlin’s Mahavishnu Orchestra, where he pioneered a powerful style of drumming with jazz, rock and funk influences. He is the first drummer to unseat Buddy Rich in the Down Beat music polls. Cobham has played and recorded with hundreds of top musicians, including Miles Davis, Freddie Hubbard, Larry Coryell, and Horace Silver; and is famous for his explosive, fast, spectacular playing. He has been sampled, most famously by Massive Attack in their tune “Safe from Harm”, centered on the beat and bassline of Cobham’s “Stratus”, from his debut album Spectrum, as well as on Souls of Mischief’s “93 Til Infinity” from the song “Heather” on his album “Crosswinds.” Fans of Cobham’s should check out the “Spectrum” lp featuring Tommy Bolin (of Deep Purple, James Gang and Zephyr fame) on lead guitar. Read more on Last.fm. User-contributed text is available under the Creative Commons By-SA License; additional terms may apply.
FREE SHIPPING ON ORDERS OVER £100 TO UK MAINLAND ONLY
See exclusions
View Cart