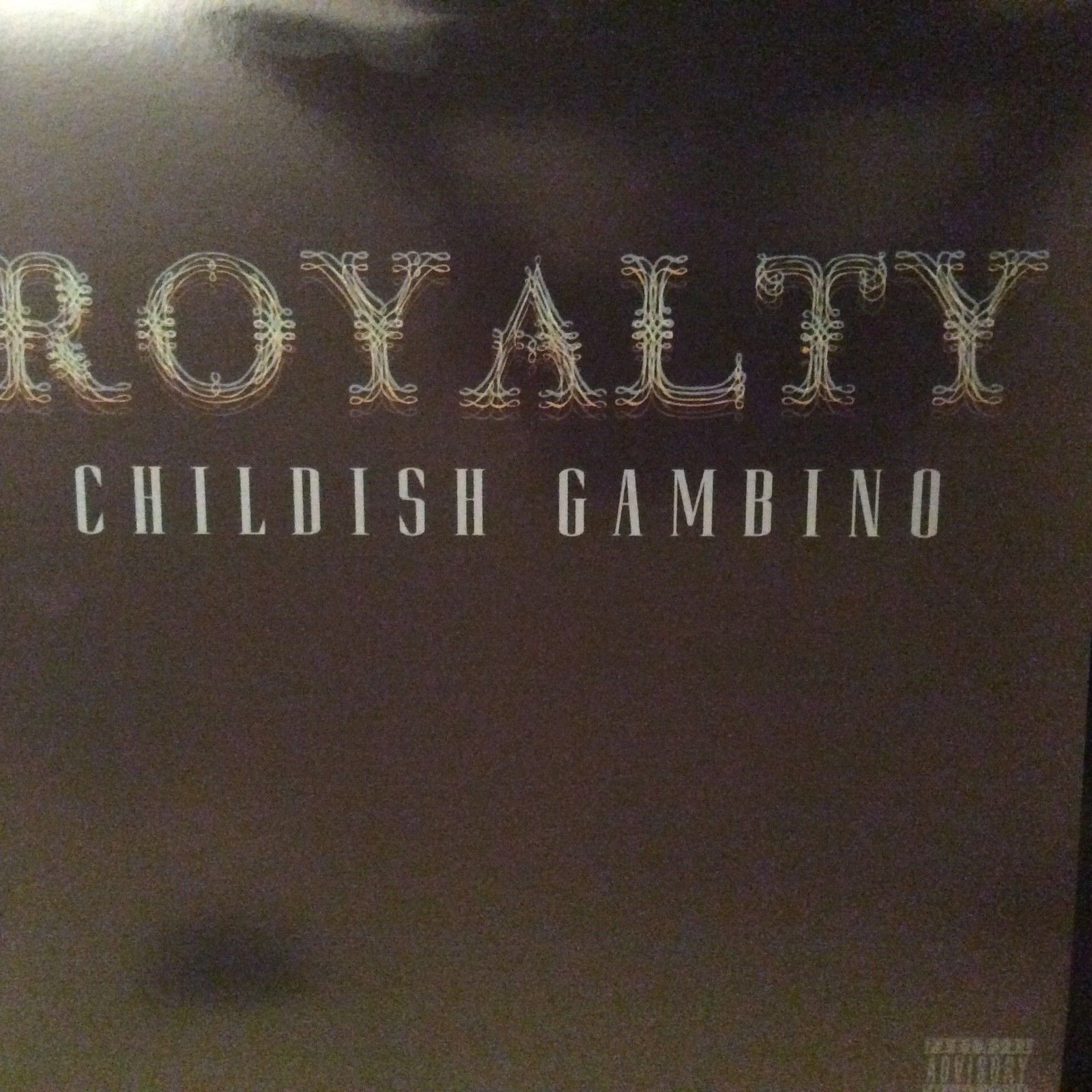 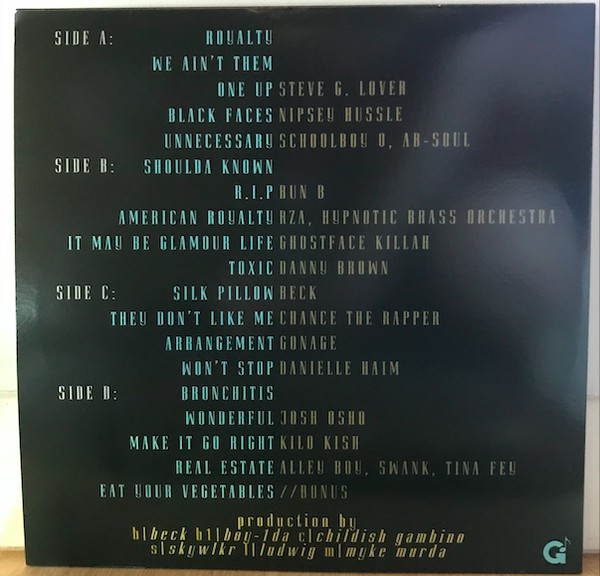 - NEW RELEASE
Sorry, this item is currently unavailable.
ARTIST:
Childish Gambino
TITLE:
Royalty
LABEL:
AAA Recordings
CATNO:
GAMBINOROYALTY
STYLE:
Hip Hop / Hip Hop / Hip Hop / Hip Hop / Hip Hop / Hip Hop /
FORMAT:
Vinyl record
DESCRIPTION:
2x12" Hip Hop / Rap LP - Donald Glover is one of the most entertaining characters in contemporary Hip Hop; he brings a clever flow with sarcastic wordplay. The interesting component to his work happens to be his sampling abilities as he crafts some of the most elegant instrumentals you could ever hear. The prime of his work so far was easily demonstrated on his 2011 release "Camp" where he powers in his incredible singing talents with his catchy rap lines.

Glover's humor and interesting references were certainly a breath of fresh air and there were some strong Odd Future influences in tracks like "Bonfire" (that's still bumping in the car).

Let's fast forward to 2012; Gambino continues to remain an underground talent despite some nice comedy work that he's put together inside and outside of musical pursuits. Not only does this guy have an incredible vocal talent, but he merges this style very effectively with his rapping capabilities. Unfortunately, this mixtape doesn't live up to the power and strength of Camp, but then again, it is far superior to some of his other past projects. I'm not going to attack and scrutinize every aspect of this album because we all know that most artists aren't going to bring their best material to a mixtape. Royalty sometimes becomes repetitive as the drum samples seem to be more or less the same for all eighteen tracks of the project. Gambino still shines lyrically though as one of rap music's most talented song writers (if he hasn't stopped making his odd references by now, don't expect it to stop anytime soon). This mixtape differs from his previous projects in that it introduces some new faces. Artist such as Bun B, Danny Brown and even the RZA make an appearance. RZA's lyrical performance on the track "American Royalty" additionally happens to be one of the strongest highlights of the album.

OTHER RELEASES ON AAA RECORDINGS OR BY CHILDISH GAMBINO:

We have many other items in stock by Childish Gambino and on the label AAA Recordings.