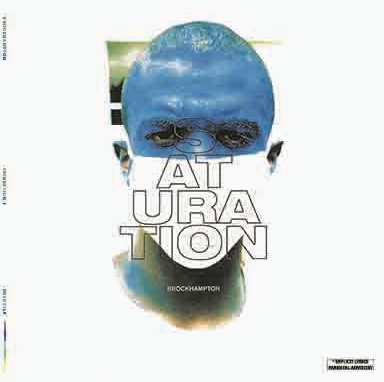 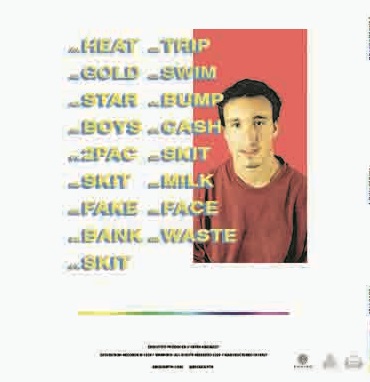 The album was well received upon release, and gained some buzz in the underground hip-hop scene. YouTube music critic, theneedledrop, gave the album a 9/10 among the highest ranked in 2017, which helped build the momentum of the album. Other blogs and publications like HotNewHipHop and DJBooth also gave positive reviews.

Every track on the album is titled with 4 letters except for the last being five letters. This theme of the album’s song titles all having the same number of letters with the last track being an exception is carried into the next two SATURATION albums.

Brockhampton (stylized as BROCKHAMPTON) were an American musical group formed in San Marcos, Texas, in 2010 and based in California. Led by Kevin Abstract, Brockhampton formed partially through the online forum "KanyeToThe", and describe themselves as a boy band. The group consisted of vocalists Kevin Abstract, Matt Champion, Merlyn Wood, Dom McLennon, Joba, Bearface , and Jabari Manwa. (the latter three also work as producers), and producers Romil Hemnani and Kiko Merley (of which Jabari and Kiko also function as the duo Q3), as well as graphic designer Henock "HK" Sileshi, photographer Ashlan Grey, web designer Roberto Ontenient (who also features prominently in voice skits), and manager Jon Nunes. The group released their first mixtape All-American Trash in 2016. Their debut album Saturation was released on June 9, 2017, followed by Saturation II on August 25 and Saturation III on December 15 2017. On March 30, 2018, Brockhampton announced that they had signed a record deal under RCA Records. In summer 2018, the group parted ways with vocalist Ameer Vann over accusations of sexual misconduct. Their album which was set for release, titled Puppy, was thrown out after the incident. On September 21th 2018, the boyband released their 4th studio album, Iridescence, recorded in London's iconic Abbey Road Studios in one week. It was their major-label debut, as well as their first album since Ameer Vann's departure following sexual misconduct allegations. The album marked Brockhampton's first number one album, as the album debuted at #1 on the Billboard 200 Chart. The album sold 101,000 copies in its first week and was released just weeks before the band embarked on their first tour without ex-member Ameer. Brockhampton returned in 2019 which a string of singles, “I Been Born Again”, “If You Pray Right”, “Boy Bye”, and “No Halo”. Ginger (stylized in all caps) is the fifth studio album by American hip hop collective Brockhampton. It was released on August 23, 2019, through the band's label Question Everything and RCA. It features slowthai, Deb Never, and the band's members. 2020 was the first year since 2016 that they did not officially release a project; instead, Brockhampton began streaming weekly on Twitch and Instagram to DJ and premiere new songs, which would also be posted to and deleted from their YouTube channel regularly. However, none of these songs were officially released on streaming services due to challenges with sample clearance. This era was dubbed "TECHNICAL DIFFICULTIES". In 2021, Brockhampton returned with their sixth album, Roadrunner: New Light, New Machine. On January 14, 2022, Brockhampton announced that they would no longer be performing as a group and would go on indefinite hiatus after their 2022 Coachella performances. On April 16, 2022, during the first of said Coachella performances, Brockhampton announced "The Final Album", which would be coming the same year. Read more on Last.fm. User-contributed text is available under the Creative Commons By-SA License; additional terms may apply.