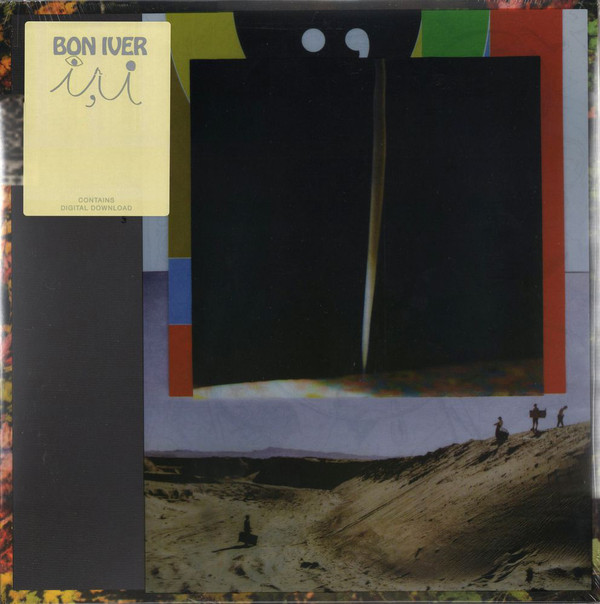 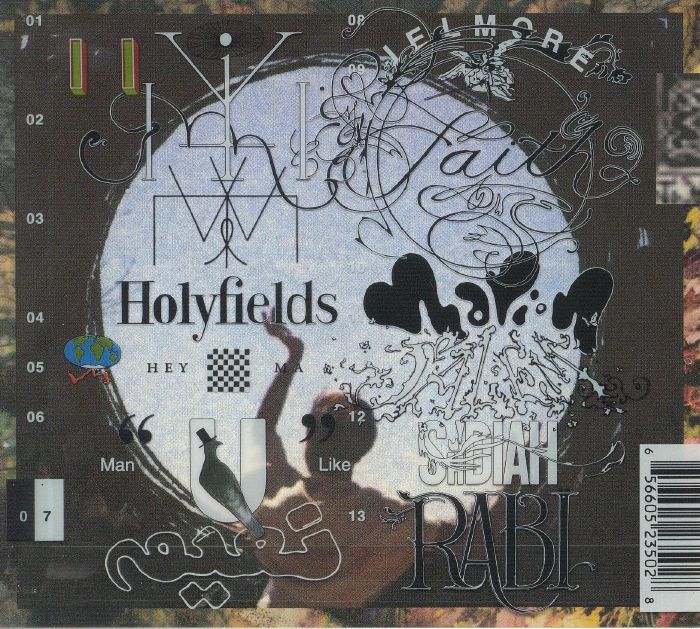 - NEW RELEASE
Sorry, this item is currently unavailable.
ARTIST:
Bon Iver
TITLE:
i i
LABEL:
jagjaguwar
CATNO:
JAG350
STYLE:
Alternative Rock / Alternative Rock / Folk Rock /
FORMAT:
Vinyl record
DESCRIPTION:
Alternative Rock LP - February in West Texas. The light low and the days still warm and sweet. The air bright with red-tailed hawk and blue bunting, with the shink and rattle of the green jay. On a pecan ranch east of El Paso, its orchards running down to the Mexican border and the waters of the Rio Grande, a thrum of activity - song, saxophone, dancers, drums, guitar, synths; the sound of something taking shape. Here, 1500 miles from Wisconsin, from where this all began, a new season.

When Bon Iver released For Emma, Forever Ago in early 2008 it introduced Justin Vernon as one of the most gifted songwriters of his generation and revealed a sound that was distinct - tethered to time and to place, to a season of contemplation and the crisp, heart-strung isolation of a northern Winter. Its successor, the self-titled Bon Iver, Bon Iver, brought something more frenetic, the rise and whirr of burgeoning Spring, of hope and sap and movement. In 2016's 22, A Million, Vernon came to see something different again: "It was," he says, "our crazy energy Summer record." The band's fourth album, i,i, completes this cycle: a Fall record, Vernon says, autumn-coloured, ruminative, steeped.

"It feels very much like the most adult record, the most complete," says Bon Iver's Justin Vernon. "It feels like when you get through all this life, when the sun starts to set, and what happens is you start gaining perspective. And then you can put that perspective into more honest, generous work."

When sessions for i,i moved from April Base to Sonic Ranch, Bon Iver took full advantage of the facility, sometimes utilizing all five of the studio's live rooms simultaneously. "It allowed us to feel confident and comfortable, to be completely free of distraction," says Vernon of the move. "I don't think I left the property in six weeks. And in many ways the story of the album is the story of those six weeks rather than the almost six years of some of the songs."

The tenure at Sonic Ranch brought Vernon to a calmed creative state that he channeled into the heart of each song. Freed from the vocal distortion that once mirrored a period of fear and panic, he sings about the balance between the individual and the community, inspiration and creation. Vernon adds, "The title of the record can mean whatever it means to you or me. It can mean deciphering and bolstering one's identity. It can be how important the self is and how unimportant the self is, how we're all connected."

Bon Iver is a Grammy Award winning folk band from Eau Claire, Wisconsin, United States, and one of Justin Vernon's current and most notable music projects to date. The band also consists of Mike Noyce, Sean Carey and Matt MacCaughan. The name 'Bon Iver' (pronounced "bon ee-VAIR") is a play on the French phrase 'bon hiver' meaning 'good winter'. Vernon independently released Bon Iver's debut album For Emma, Forever Ago in 2007, most of which was recorded during a four-month stay in a remote cabin in Wisconsin. While in high school and college Vernon founded the indie-rock bands Mount Vernon and DeYarmond Edison in Eau Claire, Wisconsin, where he still resides. According to the For Emma Songfacts, after the break-up of De Yarmond Edison, Vernon retreated to his father's log cabin, out in the woods of north-east Wisconsin to hibernate for three snowy months. There he collected his thoughts and formulated them into a suite of songs, For Emma, Forever Ago . The album was originally self-released in late 2007 in a run of 500 copies and sold out instantly. The album garnered critical acclaim, and was picked up by the indie-rock label Jagjaguwar, which gave the album a proper release on February 19th, 2008. The album was released in the UK and Europe by iconic indie 4AD on May 12, 2008. When released in the UK, For Emma, Forever Ago received 5/5 and "Album of the Month" reviews in both MOJO and Uncut magazines. It is currently the third highest rated album of 2008 on review-aggregator site Metacritic, with accolades from publications including The Village Voice, The Hartford Courant and The A.V. Club. The group's second album Bon Iver, Bon Iver was released on June 17, 2011 to universal acclaim. It was named by Pitchfork Media as the best album of 2011 on their annual list. At the 2012 Grammys, the album won Best Alternative Album and the group was awarded Best New Artist, despite having debuted in 2007. www.boniver.org Read more on Last.fm. User-contributed text is available under the Creative Commons By-SA License; additional terms may apply.
FREE SHIPPING ON ORDERS OVER £100 TO UK MAINLAND ONLY
See exclusions
View Cart