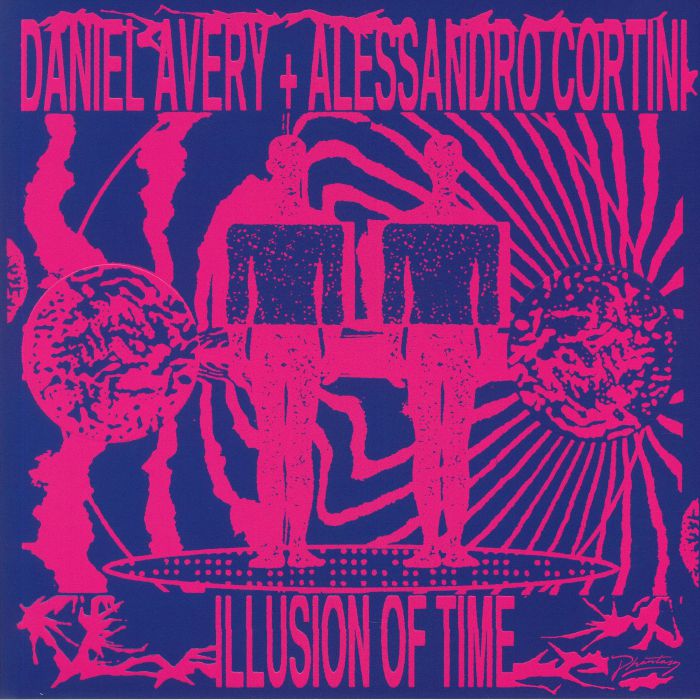 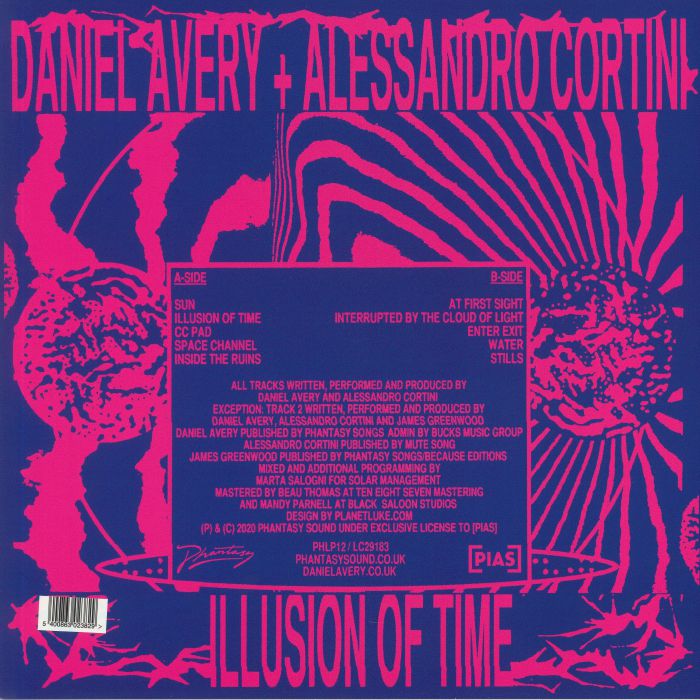 Beginning as a collaborative experiment before the pair had even met, Avery and Cortini then worked remotely and free of concept or deadline over several years. The result, finally completed when both artists were touring with Nine Inch Nails in 2018, is a quietly powerful album rooted in trust, process and experimentation.

“It was very much a shared process,” notes Avery. “I would like to credit Alessandro with his belief that music has a life of its own, as well as the importance he places on the first take... That even something that may be considered out-of-step by some should be respected. Some of the tracks were borne simply out of a tiny synth part, or a bit of tape hiss that we had recorded. And that approach taught me a lot. It’s a record that’s been worked on hard, but not laboured over.”

“I was a big fan of Daniel’s, and his work always spoke to me in a certain way,’’ explains Cortini. “Then, when we started working together, it just clicked. It’s very hard to explain, but I can always hear the love in his work, and that is true on this record. After our first collaboration, we just kept sending each other music and maintaining that dialogue. Next thing you know, we’re sitting in a hotel room in New York and had finished the record in three hours.”

Phantasy Sound's main man Daniel Avery has linked up with modular wizard Alessandro Cortini for a debut full length, "Illusion Of Time". It came together over many years, with no real concept or constraints but it has still managed to make a powerful impact despite its spare, lo-fi, ambient vibes. There are heavier, darker tracks like "Inside The Ruins" that are brilliantly bleak, but also thoughtful meditations like the title track, which has some magical piano playing at its core. It's the rays of light amongst the darkness that make this such a beguiling and beautiful listen, and a perfect soundtrack to long lost days at home during lockdown.

Daniel Avery is an electronic music producer and DJ from Bournemouth, a resort town on the south coast of England. Avery's music encompasses abstract techno, house, IDM, and shoegaze. Initially going by the name "Stopmakingme", he began releasing well-received indie dance tracks and remixes starting in 2009, but broke through after he switched to his own name in 2012. His expansive full-length debut, Drone Logic, was released to wide acclaim in 2013. Five years and a DJ-Kicks volume later, Avery released his second album, the more cerebral, immersive Song for Alpha. Avery began DJing indie music as an 18-year-old in his native Bournemouth, England. It wasn't until a trip to Ibiza that he was inspired to spin house and techno, after seeing crowds open to dancing to new and unfamiliar tracks. He connected with Filthy Dukes through a local bar and spun at the synth pop group's Kill 'Em All club night in London, which led to opening slots at the prestigious Fabric. As a producer and remixer, he developed a raw, robust sound that incorporated his love for odd, alien elements. Output from 2009 through 2011, including collaborations with Justin Robertson and remixes for the likes of Little Boots, Metronomy, Hercules & Love Affair, and In Flagranti, was credited to Stopmakingme. Read more on Last.fm. User-contributed text is available under the Creative Commons By-SA License; additional terms may apply.
FREE SHIPPING ON ORDERS OVER £100 TO UK MAINLAND ONLY
See exclusions
View Cart