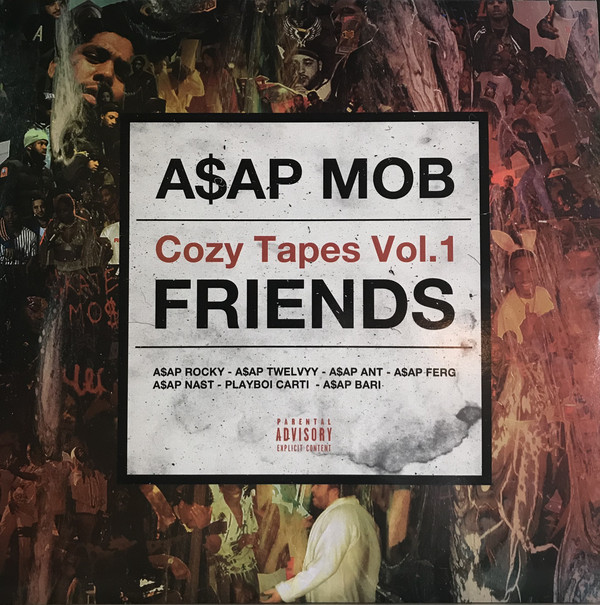 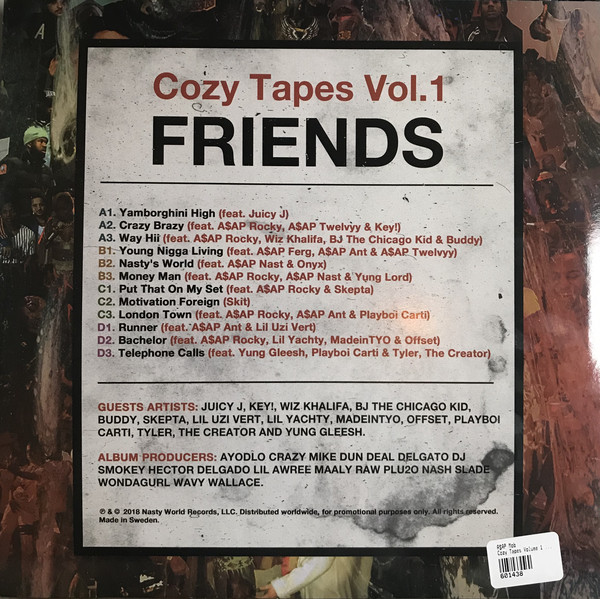 Yams passed away in early 2015 at the age of 26, a few months before the collective's breakout star, A$AP Rocky, released his second album, At.Long.Last.A$AP (which Yams co-produced). In October of 2016, the Mob finally released their debut full-length, Cozy Tapes, Vol. 1: Friends. The album's cover is a photo of Yams as a baby, and while he's mentioned in some of the lyrics, it's far from being a dark, mournful effort. Instead, it's relatively relaxed, and seems like business as usual for the crew.

Rocky appears on the majority of the album's cuts, and the collective's other members (such as A$AP Ferg and A$AP Ant) typically only rap on one or two tracks each. Additionally, there's a long list of guests, including Onyx, Skepta, and Tyler, the Creator.

ASAP Mob, stylized A$AP Mob, is a New York Hip-Hop collective made up of rappers, producers, directors and designers. Notable members include ASAP Rocky, ASAP Ferg and ASAP Twelvyy. The collective consists of New York-based rappers, most of which carry the "ASAP" moniker, including ASAP Rocky, ASAP Ferg, ASAP Twelvyy, ASAP Nast and ASAP Ant, among others. Read more on Last.fm. User-contributed text is available under the Creative Commons By-SA License; additional terms may apply.

OTHER RELEASES ON AAA RECORDINGS OR BY ASAP MOB:

We have many other items in stock by ASAP Mob and on the label AAA Recordings.