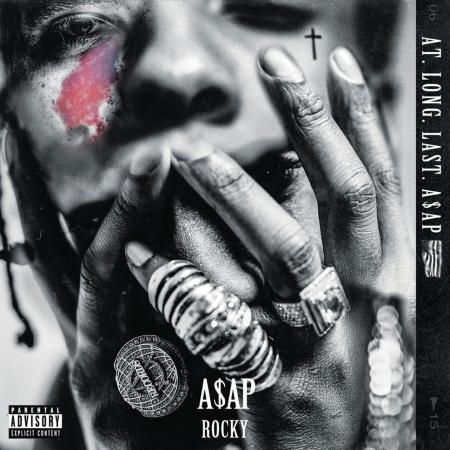 Graduating from good weed to good-trippin' LSD, rapper A$AP Rocky tunes in, drops out, and turns down for what on At. Long. Last. A$AP, a positive and psychedelic LP that is -- due to the death of A$AP Yams -- touched with the hippie version of wistful. Yams shares the executive producer credit with Danger Mouse, and there's plenty of evidence most of the album was finished before Yams passed, but the A$AP Mob's creative leader's death certainly bookends this effort, beginning with the sorrowful and sober opener, "Holy Ghost," an O Brother, Where Art Thou tribute that's just as wry, epic, and grave. On the closing highlight "Back Home" with guest Mos Def, Yams is sampled, giving an ambitious pep talk to the Mob before a railcar sound effect ushers him into the hereafter, and yet, the center of the album is entirely Rocky's own journey, one the returning listener can link to with murky stompers such as the Juicy J and UGK feature "Wavybone." So

Rakim Athelaston Nakache Mayers (born October 3, 1988 in Harlem, New York NY, United States), aka Pretty Flacko, better known by his stage name A$AP Rocky, is an American rapper, director, and member of the New York based Hip-Hop collective A$AP Mob. A$AP Rocky gained recognition among the hip hop community in 2011 with his first mixtape LIVE.LOVE.A$AP. He released his first album 'Long.Live.A$AP' in 2013, and his second album 'AT.LONG.LAST.A$AP' was released on May 26, 2015. Both albums debuted at number one on the Billboard 200. Read more on Last.fm. User-contributed text is available under the Creative Commons By-SA License; additional terms may apply.

OTHER RELEASES ON AAA RECORDINGS OR BY A$AP ROCKY:

We have many other items in stock by A$AP Rocky and on the label AAA Recordings.