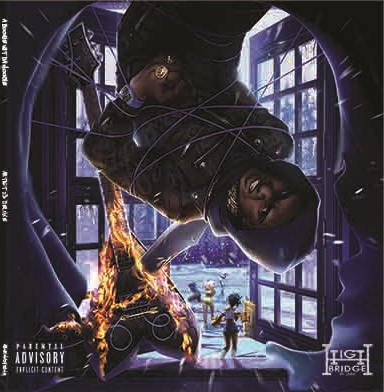 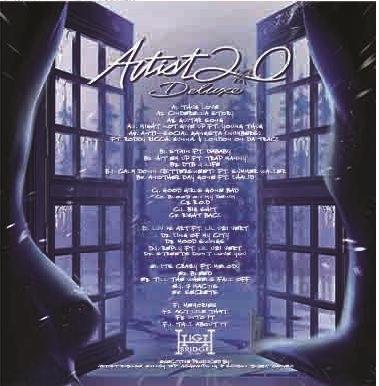 The Bronx-bred superstar initially announced the release date for ARTIST 2.0 (Deluxe) last week, alongside a pledge to donate $100,000 worth of tablets and laptops to his former elementary school, PS 126.

"To the best fans in the world: Thanks for being patient and always supporting everything I do. It took a while to bring you this Deluxe because I wanted to make sure it dropped at a time that felt right. But it's finally here! 6/19 it's up! As part of this release, I am donating $100k worth of tablets/laptops to my old elementary school, PS 126, in the Bronx, so that they can do their remote learning in the safest way. With everything going on in the world, I believe it's important to invest in the youth because by doing so, we are investing in a better future. I can't wait to see y'all soon but until then, stay safe and take care of each other!"

PLAY
CUE
MP3
a1
Thug Love
a2
Cinderella Story
a3
Guitar Song
a4
Might Not Give Up
a5
Anti SocialGangsta
b1
Stain
b2
Hit Em Up
b3
DTB 4 Life
b4
Calm Down
b5
Another Day Gone
c1
Good Girls Gone Bad
c2
Blood On My Denim
c3
R.O.D.
c4
Big Shit
c5
Right Back
d1
Luv Is Art
d2
King Of My City
d3
Mood Swings
d4
Reply
d5
Streets Dont love You
e1
Its Crazy
e2
Bleed
e3
Till The Wheels Fall Off
e4
7 Mac
e5
Secretas
f1
Memories
f2
Act Like That
f3
Into It
f4
Talk About It

Artist Julius Dubose (born December 6, 1995), known professionally as A Boogie wit da Hoodie (or simply A Boogie), is an American rapper, singer and songwriter. He is signed to Atlantic Records, as well as his own label imprint, Highbridge the Label. His stage name is derived from the character "Ace Boogie" from the 2002 film Paid in Full, and because he was wearing hoodies all the time, friends gave him the nickname "A Boogie wit Da Hoodie". His highest charting singles are "Numbers" (which debuted at number 23 on the Billboard Hot 100), "Look Back at It" (number 27), and "[song artist= A Boogie wit Da Hoodie]Drowning (feat. Kodak Black)[/song]" (number 38). His debut studio album, The Bigger Artist (2017), debuted at number four on the Billboard 200 chart. He released his second studio album, Hoodie SZN (2018), which became his first number one album on the Billboard 200. His third studio album, Artist 2.0 (2020), debuted at number two on the Billboard 200. He is set to release his fourth studio album, A Boogie vs. Artist in 2022. Read more on Last.fm. User-contributed text is available under the Creative Commons By-SA License; additional terms may apply.

OTHER RELEASES ON AAA RECORDINGS OR BY A BOOGIE WIT DA HOODIE:

We have many other items in stock by A Boogie Wit Da Hoodie and on the label AAA Recordings.